Daria Gavrilova is finding form in Strasbourg, reaching her first WTA quarterfinal of the season. 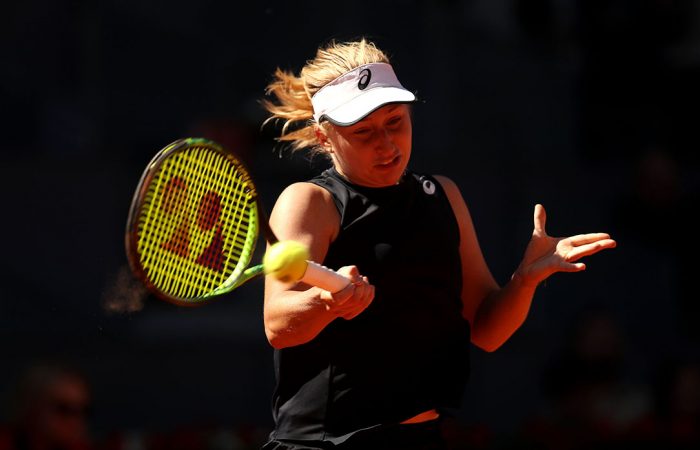 Australia’s Daria Gavrilova has reached the quarterfinals of the Strasbourg International after coming through two matches on the same day at the WTA clay-court tournament.

Gavrilova was due to face Fed Cup team-mate Ash Barty in the first round of the French Open warm-up competition on Tuesday, but the world No.8 withdrew with an arm injury.

However, Sam Stosur and qualifier Astra Sharma both bowed out of the Strasbourg tournament.

Stosur fell 6-0 6-2 to Ukrainian Dayana Yastremska, who also beat her in straight sets at this year’s Australian Open.

Meanwhile, Ajla Tomljanovic missed out on a quarterfinal berth in Nurnberg after suffering a straight-sets defeat to Slovenia’s Tamara Zidansek.

The third-seeded Australian went down 6-3 6-4 at the German clay-court tournament, as Zidansek set up a last-eight clash against Russian Veronika Kudermetova.

Tomljanovic had earlier completed a first-round win over German wildcard Sabine Lisicki 6-2 7-5 in a match carried over from the previous evening.