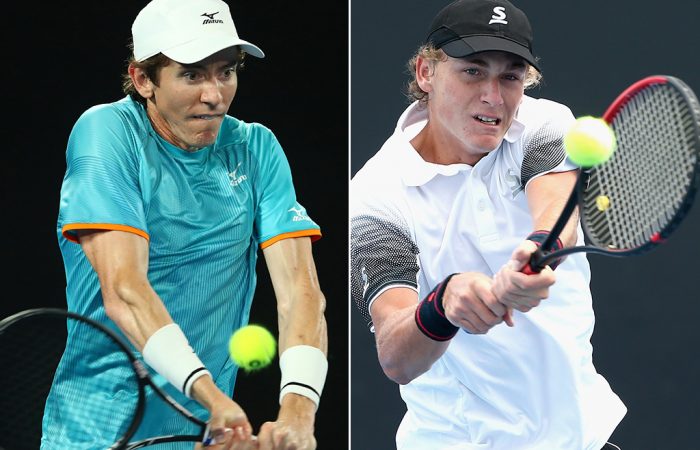 John-Patrick Smith on Sunday went down in three sets in the final of the Puerto Vallarta ATP Challenger tournament in Mexico.

The result came a day after Max Purcell also featured in an ATP Challenger final; the 21-year-old Aussie fell to Soon Woo Kwon 7-5 7-5 in the title match in Seoul.

The #NextGenATP 🇦🇺 soared in Seoul, reaching his first singles final in three years and lifting a tour-leading fifth doubles 🏆 with @LukeSaville18. pic.twitter.com/TFIckkJAN4

Yet it was nonetheless an impressive week for Purcell, who beat Ruben Bemelmans, Ricardas Berankis and Tatsuma Ito – all former top-100 players – en route to the final.

Purcell is expected to rise more than 30 places to around No.236 in the rankings, when the new list is published on Monday.

Smith, too, should enjoy a significant rankings boost; the left-handed is projected to jump almost 50 places to No.224.

Smith and Purcell both eased the disappointment of their singles defeats with victory in the doubles finals.

Smith teamed with compatriot Matt Reid to win the Puerto Vallarta title over Gonzalo Escobar and Luis David Martinez, while Purcell and Luke Saville, the No.1 seeds, triumphed in Seoul over Bemelmans and Sergiy Stakhovsky.

These results continued a memorable week for Aussies all around the globe.

Maddison Inglis qualified for the main draw of the $80K ITF tournament in Gifu, Japan and went all the way to the semifinals, where it took former world No.31 Zarina Diyas to stop her 1-6 6-4 6-1.

She is projected to improve by 44 places to a career-high ranking of No.271.

Jaimee Fourlis also qualified at the ITF event she contested last week – the $60K clay-court tournament in Wiesbaden, Germany – and built a four-match winning streak before going down in the quarterfinals.

It marks the most wins she has notched in a row since she won the $25K title in Santa Margherita Di Pula in April last year.

Aleksandar Vukic progressed to the semifinals of the ATP Challenger tournament in Savannah, Georgia, before going down to eventual champion Federico Coria.

Vukic is expected to set a career-high ranking of 325th this week.