Priscilla Hon's win over No.1 seed Anastasia Potapova at Indian Wells has sent her into the final round of qualifying. She's aiming to join Ash Barty, Ajla Tomljanovic, Daria Gavrilova and Sam Stosur in the main draw. 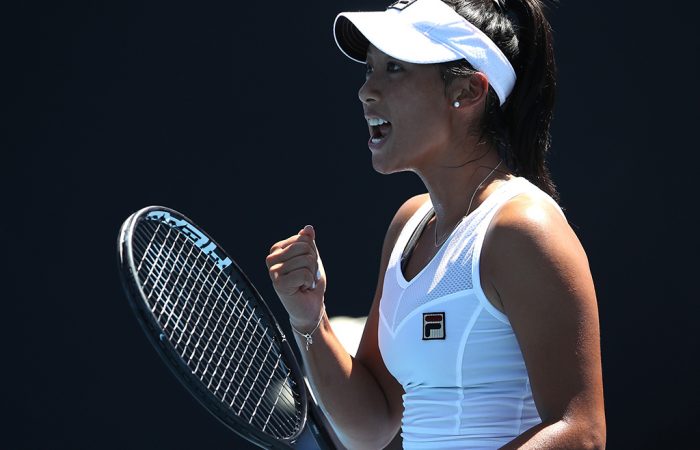 Priscilla Hon advanced to the final round of Indian Wells qualifying on Monday (local time) with a three-set victory over top seed Anastasia Potapova.

The Queenslander next faces Russia’s Veronika Kudermetova for a place in the main draw, where she would join four of her countrywomen.

The WTA draw was conducted the same afternoon, with Ash Barty leading the Australian charge as the No.12 seed.

She receives a first-round bye before a second-round meeting against either Magdalena Rybarikova or Tatjana Maria.

In the same segment of the draw as Barty is Daria Gavrilova, who has a tough opener against in-form Ukrainian Dayana Yastremska; the winner progresses to a second-round meeting with 29th seed Mihaela Buzarnescu.

Ajla Tomljanovic and Samantha Stosur find themselves in the top half of the draw.

Tomljanovic has drawn Frenchwoman Alize Cornet, with the winner earning a shot at No.9 seed Aryna Sabalenka, while Stosur takes on American wildcard Madison Brengle first up.

The ATP draw will be conducted on Tuesday at 3pm local time.