The stellar run of Charlotte Kempenaers-Pocz ends as the 14-year-old qualifier is taken out in the semifinals of her maiden ITF World Tennis Tour event. 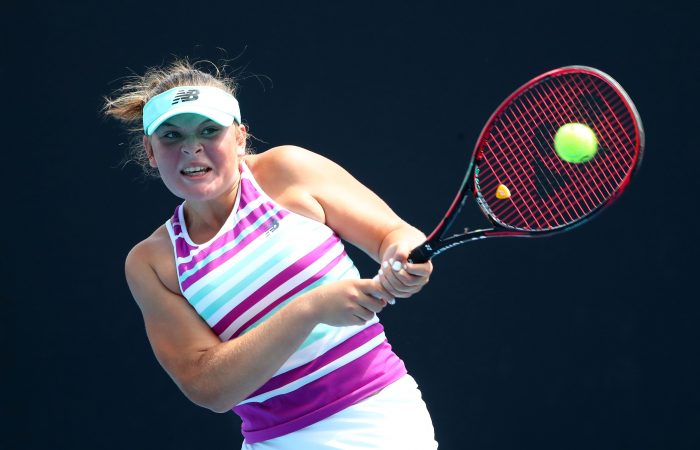 Charlotte Kempenaers-Pocz found the going too strong against Lulu Sun, falling to the second-seeded Swiss in their Port Pirie Come.See.Change Tennis International semifinal on Saturday.

After winning her way from qualifying – including a tough three-set victory over fellow South Australian Natasha Russell in the quarterfinals – the youngest player in the field at 14 stuck around early, but eventually succumbed 6-4 6-0.

“It was a great opportunity. I learned a lot from that match and hopefully I can take it into next ones,” Kempenaers-Pocz said. “There were a few more games where I had chances but she stayed strong and managed to get on top.”

Playing in her maiden ITF World Tennis Tour event, Kempenaers-Pocz said playing against more experienced opponents – and winning – has given her a lot more confidence. “I wasn’t really expecting much this week,” she added. “I just wanted to go out and compete hard.”

Sun, 17, has been in scintillating form this week, dropping only 13 games on her way to the final. She will now face top seed Jennifer Elie for the title as the American also continued to cruise; she had far too much firepower for fifth seed Bojana Marinkov of NSW, winning 6-1 6-0.