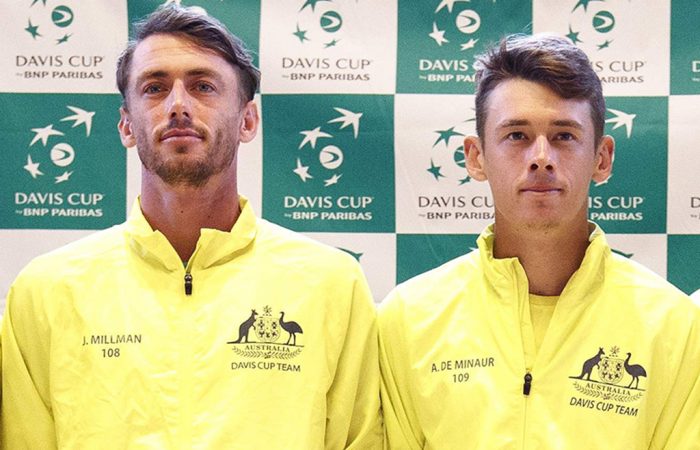 John Millman says he feels a sense of responsibility, but not pressure, by playing the opening singles match of Australia’s Davis Cup tie against Bosnia and Herzegovina.

The world No.36 Millman has been drawn against the Bosnia’s top player and world No.52 Damir Dzumhur for Friday’s opening of the tie at Memorial Drive in Adelaide.

Australia’s No.1 Alex De Minaur, ranked 28th in the world, will meet world No.99 Mirza Basic in the second singles match.

Australian captain Lleyton Hewitt has paired John Peers and Jordan Thompson for Saturday’s doubles match against Tomislav Brkic and Basic, to be played before the reverse singles matches.

Millman was content to be drawn to play first-up in the revamped cup format – matches will be decided over three sets and the tie contested over two days, rather than the traditional three days.

“I think as the number two player, playing against their top player, I think probably there’s a little more pressure on him – that one could be really crucial for them to get off to a good start.

“I have definitely identified it as a really big opportunity to send that message that we’re Australians and we’re playing in our home country and we’re here to play.

“So I’m looking forward to getting things up and rolling and I see it as a responsibility for myself to steer the ship in the right direction.”

Australia is among 12 nations seeking a win in cup ties and secure the remaining slots in the 18-nation final to be held in November in Madrid.