For the second straight year, Ash Barty advances to the Sydney International final - this time after a hard-fought win over world No.9 Kiki Bertens. 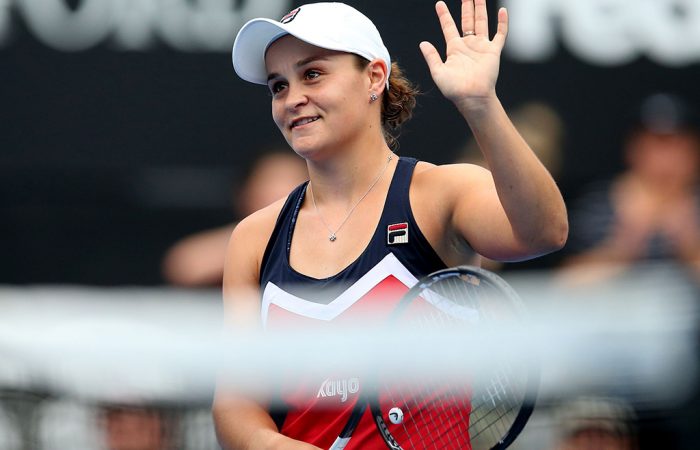 “It’s amazing. It truly has been a phenomenal week of tennis. I feel like I’ve played great the whole week – I’ve had tough opponents every single round. And I’m really excited to have another shot at the title,” Barty said.

.@ashbar96 is headed back to the @SydneyTennis final!

The win sends her for the second straight year into the Sydney International final, where she will meet either Petra Kvitova or Aliaksandra Sasnovich.

Barty led 4-1 in the tiebreak only for Bertens – a Wimbledon quarterfinalist last year – to reel off six straight points.

“I missed my opportunity in the first set. I changed my mind a couple of times in that tiebreak, and it cost me,” Barty admitted.

“I knew all I had to do was try and hang around and fight as hard as I could, and try to change it to my favour.”

The 15th-ranked Barty rebounded impressively in the second set, breaking Bertens in the fifth game and this time keeping her nose in front.

Barty and Bertens went game for game in the final set on serve before Barty brought up a break point in the 11th game with a sensational lunging backhand drop-volley winner.

She broke, and on the first point of the final game lofted a sliced lob over Bertens’ head for a winner.

The Dutchwoman appeared defeated, and Barty closed out the match with a hold at love.

“I feel like I’m continuing to develop and to grow as a player. And I think that’s the most important thing,” Barty said.

“I’m playing with more freedom, I really am enjoying myself, and there’s nothing better than playing in Australia.”