Refreshed Saville working his way back

After a "rocky" few years on the circuit, Luke Saville is beginning to see a change in his fortunes and enters 2019 with renewed optimism. 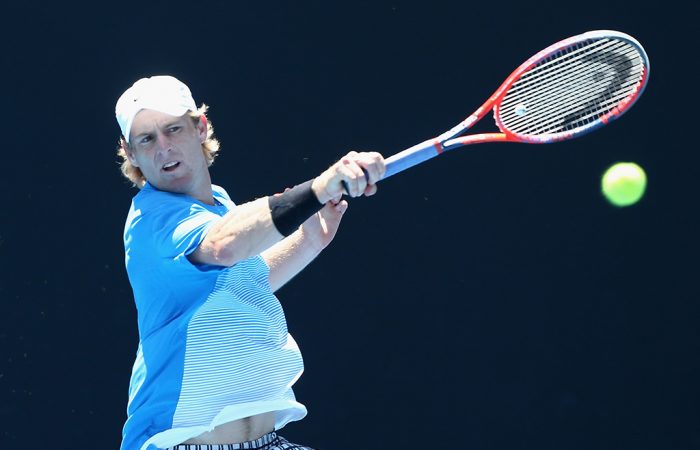 Almost four years after hitting his highest point in the men’s game, Luke Saville believes he is finally starting to turn a corner and head in that direction once more.

The South Australian last week advanced to the final of the Australian Open Play-off at Melbourne Park, pushing James Duckworth to four sets before succumbing.

But it was his encouraging play the entire week – especially in the five-set format unique to Grand Slam tennis – that had Saville feeling upbeat about his prospects as he continues to try and work his way back up the rankings. He is currently at world No.473.

In February of 2015, he was knocking on the door of the world’s top 150. Six months before that, he had qualified for the main draw at Wimbledon and then beat Dominic Thiem in the first round, setting up a second-round Centre Court showdown with Grigor Dimitrov.

These results appeared to be a logical progression for the then 20-year-old, once a world No.1-ranked junior who won the boys’ singles titles at both Wimbledon (2011) and the Australian Open (2012).

Then, in his own words, he stagnated.

“Obviously (the past couple of years) hasn’t been ideal,” he told tennis.com.au.

“The tour’s pretty tough; I’m working out a lot of things about my game, and about myself really, the last couple of years. It’s pretty tough, the Challenger level – you can get pretty stagnant there. It’s been rocky, that’s for sure.”

He had appeared to carry his form from Wimbledon 2014 onto the ATP tour; shortly after he qualified for the grass-court event in Newport and reached the second round.

A back injury, sustained at his next event, ended up sidelining him for three months, robbing him of momentum at a time when he had few ranking points to defend.

“But that was quite a few years ago now, I’ve had plenty of opportunities,” he said. “Physically I’ve been fine – I’m just trying to work my way back up.”

Saville believes there are a few reasons he is beginning to enjoy a change in fortune.

One is doubles success; Saville won three ATP Challenger titles and a Futures title with four different partners in 2018, elevating his doubles ranking to the cusp of the top 100. He won 34 tandem matches throughout the year, compared to just 13 in singles. “Had a couple of good months on the doubles court – that helps,” he said. “Any wins at Challenger level and the next level, I’m hopping for that to transfer onto the singles court.”

Another factor has been a shake-up of his entourage.

“I wasn’t really comfortable with that (before) and I think having a (good) team around you is very important. That’s not putting the blame on anything else, but it’s started to really help my mentality as well, sort of feeling like guys are there for you in your corner,” he said.

“I’ve got a mate in my corner – Daniel Walsh – who I’m gonna travel with a bit next year and he’s also a tennis coach. And I’m doing a bit of work with a fitness guy here in South Yarra, in Melbourne.”

And then there is happiness in his personal life. Earlier this week, he and partner Daria Gavrilova announced they were engaged.

All of these factors have combined to put Saville in a better headspace as he prepares for an assault on the 2019 season.

“I’ve never felt like I needed time away from the game – it was more just I guess about the set up a little bit,” he said.

“I’m just trying to chip away at my game; done some good work the past few weeks. I’m happy with my body, I’m happy with my game. I feel like the serve’s starting to come back … (I’m) sort of finding my grip back a little bit. Starting to win some of those closer matches which I’ve probably been losing.

“Now I’m going in with a bit more of a refreshed mentality.”