Fourth seed Alexander Zverev saw off Australian Alex De Minaur in straight sets on Thursday to reach the quarterfinals of the Shanghai Masters, where he will face Kyle Edmund. 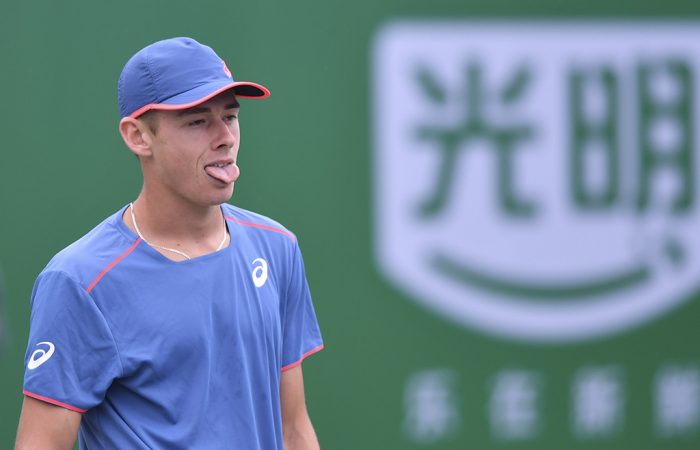 The second set was a closer affair, but Alex De Minaur found world No.5 Alexander Zverev too strong in their third-round clash at the Shanghai Masters on Thursday.

Zverev beat the young Australian 6-1 6-4 to advance to the quarterfinals, where he will meet Kyle Edmund.

Playing at the same time as Zverev and De Minaur, the Brit saw off Chilean Nicolas Jarry in straight sets.

Zverev rolled through the opening set against an error-prone De Minaur, using his damaging serve to full affect.

He threatened to blow the match wide open when he held a break point in the fifth game of the second set, but De Minaur saved it with an off-forehand winner to end a lengthy rally.

De Minaur, who this week rose to world No.33 and became Australia’s new No.1 male, built a 15-40 lead in the next game, but was unable to break back.

Zverev escaped – he saved all five break points he faced in the match – and arrived at match point when De Minaur shanked a forehand, his 19th unforced error from that wing alone.

The German closed it out on the very next point with an ace out wide, completing a strong serving display that saw him win 82 per cent of first-serve points.

He improved his head-to-head record against De Minaur to 3-0, with all of those meetings coming this year.