Matt Ebden continued his career-best season with a three-set victory in Shanghai over Frances Tiafoe, while Nick Kyrgios fell at the first hurdle to Bradley Klahn. 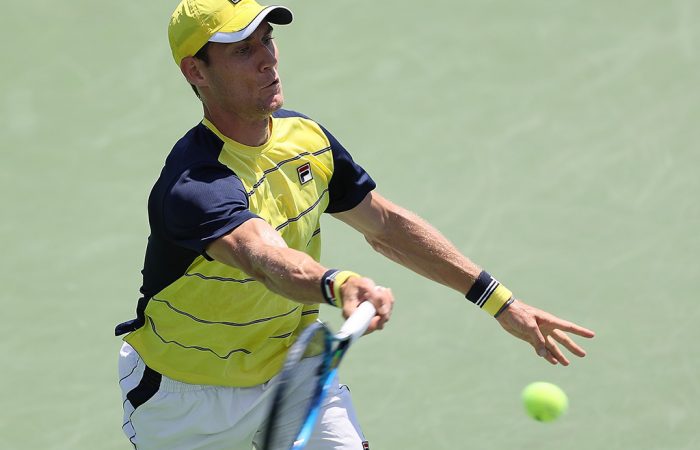 Australia’s Matthew Ebden enjoyed a three-set win over rising American Frances Tiafoe in the first round of the Shanghai Masters on Monday.

It has left him with a tough second round encounter against world No.7 Dominic Thiem.

Nick Kyrgios, however, lost his opening round match 4-6 6-4 6-3 to American qualifier Bradley Klahn.

Ranked No.104 in the world, Klahn presented few problems for Kyrgios in the first set, but a sloppy service game when down 4-5 in the second cost Kyrgios the set

He unravelled from there amidst a stretch of five lost games, finding himself down 3-0 in the third – a deficit from which he would not recover.

Now ranked 38th, Kyrgios could be unseeded for next year’s Australian Open.