Ajla Tomljanovic progresses to her second final of 2018 with a thrilling win over No.6 seed Hsieh-Su Wei at the Korea Open in Seoul. 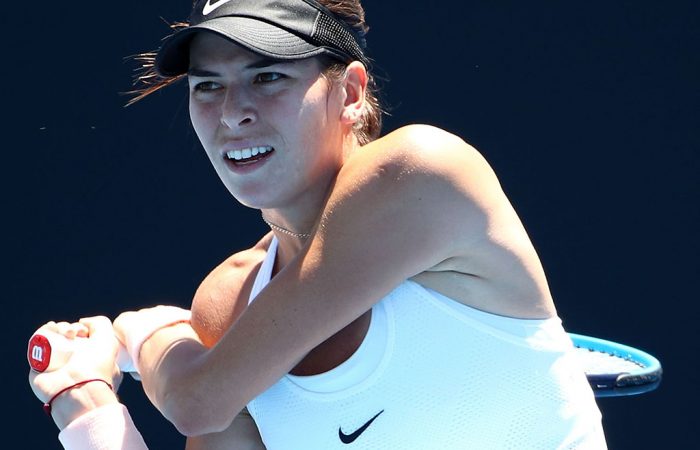 Ajla Tomljanovic again came through a tense three-set match at the Korea Open, this time beating Hsieh Su-Wei to reach the final.

Tomljanovic’s two-hour, 18-minute victory over Hsieh set up a match with second seed Kiki Bertens, who brushed Maria Sakkari aside 6-4 6-2 in the other semifinal.

All four of Tomljanovic’s matches in Seoul this week have extended to three sets. And they have not been without their wobbly moments.

She led Hsieh 6-4 4-2 and served for the match at 5-4, only for last week’s Hiroshima champion to come storming back.

She also led Mandy Minella 6-4 3-1 in the quarterfinals, and trailed Alison Van Uytvanck 5-3 in the final set of their first-round match.

But each time, Tomljanovic remained calm, fought hard, and hung on.

She is projected to rise to a career-high ranking of No.44 next week, more than three years on from her previous high of 47th in February 2015.

Ajla Tomljanovic has quietly put together her career-best season. Ends Hsieh’s 8-match win streak to make her 2nd final of the season.

Started the season outside the Top 150, primed to beat her career-best ranking (CH No.47) on Monday.

Since then, she has slowly worked her way back from a debilitating shoulder injury that required surgery in early 2016 and which sidelined her for more than a year.

She was ranked outside the top 100 at the beginning of this year but has steadily risen after reaching those aforementioned WTA finals plus a further four quarterfinals.

In doubles action in Seoul, Ellen Perez and Arina Rodionova’s run came to an end in the semifinals.