Bernard Tomic and Lizette Cabrera have both won two matches to reach the main draws of events in Metz and Guangzhou respectively. 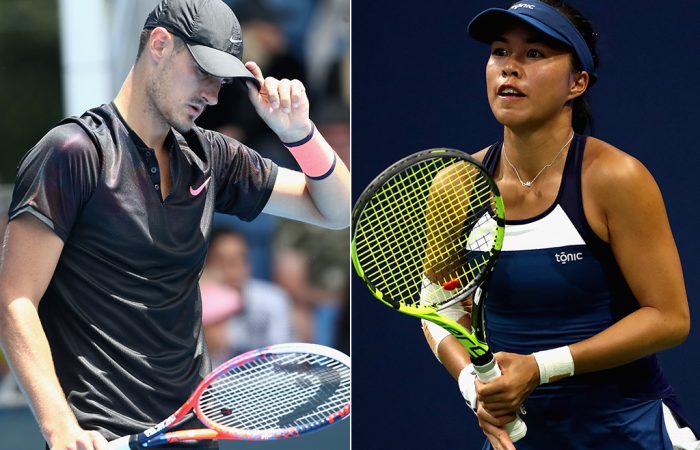 Bernard Tomic is through to the main draw of the Moselle Open in France after a hard-fought win over Mats Moraing in the final round of qualifying on Monday.

The same day in China, fellow Queenslander Lizette Cabrera fought for almost three hours to seal her place in the main draw of the WTA Guangzhou Open.

Tomic had to dig deep after winning the first-set tiebreaker, losing the second set before fighting back to win 7-6(6) 3-6 6-3.

His victory set up a first round encounter with wildcard Ugo Humbert on Wednesday (AEST).

US Open semifinalist and world No.12 Kei Nishikori is the tournament’s top seed.

Cabrera, meanwhile, qualified for the second straight year in Guangzhou, where last year she advanced to her first WTA main-draw quarterfinal.

Tomic and Cabrera have boosted Australia’s representation to six this week at tour events around the world.

Ash Barty and Daria Gavrilova are playing the WTA Premier-level event in Tokyo while Ajla Tomljanovic and Priscilla Hon feature in the main draw of the International-level Korea Open in Seoul.