Gavrilova grits to victory in Tokyo

Daria Gavrilova recovers from 4-1 down in the third set to beat Kristyna Pliskova and reach the second round at the Toray Pan Pacific Open, where she will next play Karolina Pliskova. 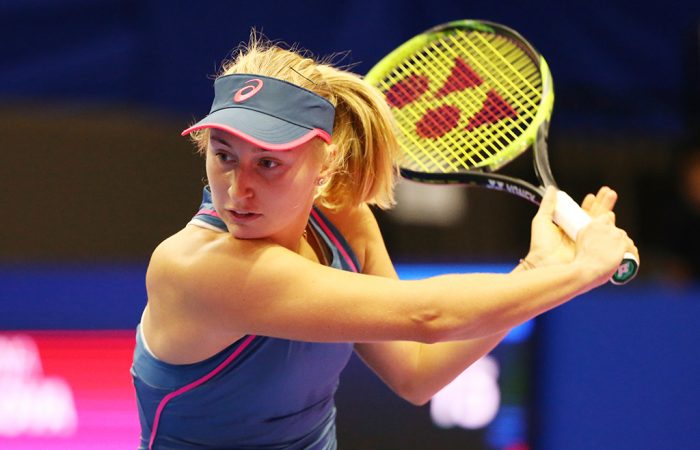 Daria Gavrilova staged an impressive comeback on Monday to seal a place in the second round of the WTA Toray Pan Pacific Open in Tokyo, Japan.

The Aussie rallied from 4-1 down in the third set to defeat Kristyna Pliskova of the Czech Republic, saving two match points along the way – one in the 10th game and another in the final-set tiebreak.

The stats were not pretty for Gavrilova, who finished with 12 double faults among 49 unforced errors, to 27 winners.

But the result was another reminder of her fighting skills; she stared down 21 break points and still managed to come away with victory in two hours and 53 minutes.

“I’m just really happy that I ended up winning and I feel pretty relieved and pretty tired, but I always play long matches so it’s kind of a routine for me,” she laughed.

At the Korea Open in Seoul, Australian Priscilla Hon qualified for the main draw with her second victory in as many days.

Hon, who reached the quarterfinal of the main draw at this event last year, beat Katy Dunne 7-6(5) 6-2.

It is the second straight WTA event at which Hon has successfully qualified; she did so the week before in Hiroshima, and has now won five of her past six matches.

At the ATP event in Metz, France, Bernard Tomic won his first-round qualifying match 7-5 7-5 over Ante Pavic and will play German Mats Moraing for a spot in the main draw.