Ajla Tomljanovic wins her first-round match at the WTA Japan Women's Open while Priscilla Hon and Arina Rodionova win through qualifying to join her in the main draw. 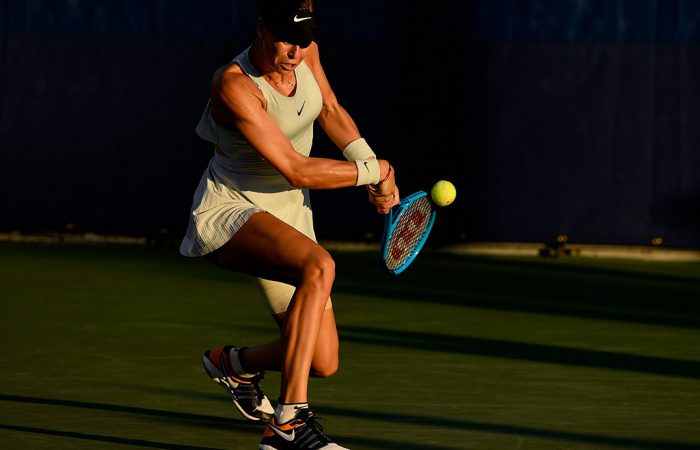 Tomljanovic won 6-4 6-1 to set up a second-round meeting with Zhu Lin of China.

Tomljanovic continues to work her way up the rankings after beginning the season at No.118; she is currently ranked 60th and has won 11 of her past 16 matches.

Fellow Australians Priscilla Hon and Arina Rodionova won three rounds of qualifying to advance to the main draw in Hiroshima.

Hon did not drop a set in qualifying, beating Varvara Flink of Russia 6-3 6-2 on Monday. She will face China’s Wang Qiang, the fourth seed, in the first round of the main draw.

Rodionova recovered to beat Spaniard Silvia Soler-Espinosa 3-6 6-2 6-3 and will next meet Tamara Zidansek.

The Japan Women’s Open, for several years staged in Osaka, moved to Tokyo in 2015. This is the first year Hiroshima is the host city.