Barty into US Open doubles semifinals

Ash Barty and American CoCo Vandeweghe win through to the US Open women's doubles semifinals to continue their excellent season. 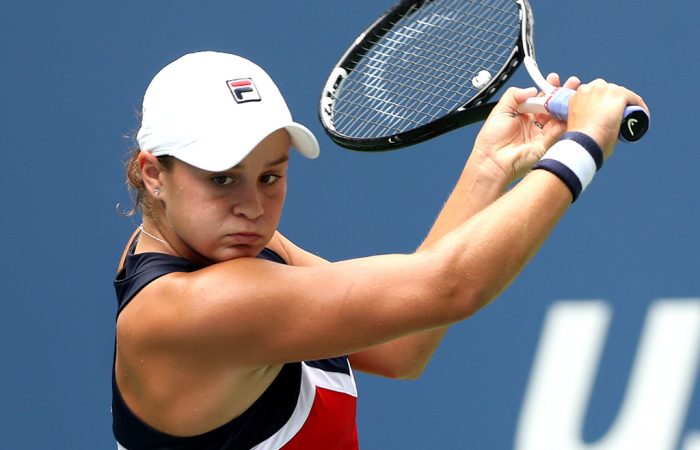 Ash Barty is through to the US Open semifinals with partner CoCo Vandeweghe after winning her quarterfinal on Tuesday in straight sets.

In the semifinals they could face top seeded Czechs Barbora Krejcikova and Katerina Siniakova, should the reigning Roland Garros and Wimbledon champions get past No.7 seeds Elise Mertens and Demi Schuurs.

👯‍♀️🎾🔥🔜 Semi finals!!
(I did not give consent for sweaty hugs 💦) @CoCoVandey pic.twitter.com/h9mKBvTiMA

Fellow Australian Sam Stosur is looking to join Barty in the semifinals; she and teammate Zhang Shuai will face Anastasia Pavlyuchenkova and Anastasija Sevastova in the quarterfinals on Wednesday.

Zhang is also through to the mixed doubles semifinals with another Aussie in John Peers.

Barty and Vandeweghe have enjoyed a stellar 2018 season; in just their second event together they won the Miami Open title and in May they advanced to the Madrid quarters.

As a duo they are 11-4 in 2018 and have not dropped a set in four victories at the US Open this fortnight.