Aussies in action: US Open Day 5

Australian 18th seed Ash Barty lines up against Czech qualifier Karolina Muchova at the US Open on Friday, while Matt Ebden and Ajla Tomljanovic fly the Aussie flag in doubles. 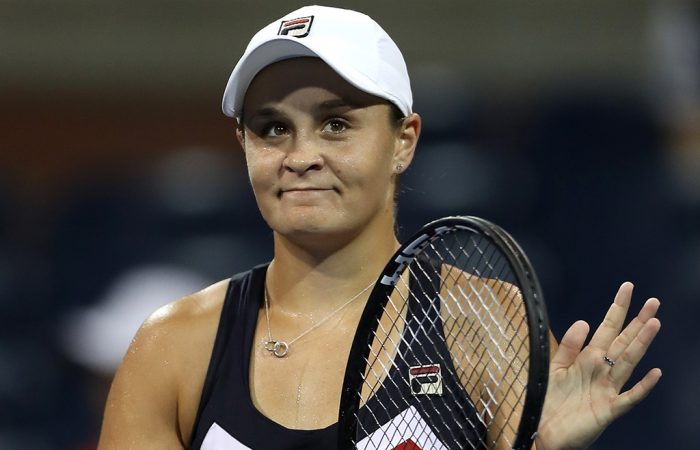 Ash Barty has the fourth round in her sights while Matt Ebden and Ajla Tomljanovic are hoping to continue their progress in the doubles draws.

ORDER OF PLAY: US Open Day 5

The Australian has a golden opportunity to advance to the last 16 at a major for the first time when she lines up against the Czech, a qualifier ranked No.202. Muchova is a year older than Barty, but faces a huge deficit in Grand Slam experience; this is her first main-draw appearance at any of the sport’s four premier tournaments. She announced her arrival in style, however, with a stunning second-round win over two-time major winner Garbine Muguruza, impressing onlookers with her power, athleticism and variation.

These are all attributes of Barty’s game, too, meaning we should be treated to an aesthetically-pleasing contest. “It sounds terrible but I’ve never seen her name in a draw,” Barty told AAP. “To be honest, I’ve never seen her. I couldn’t even tell you what she looks like in the locker room, which is poor on my behalf. I’ve had a few (Grand Slam) third rounds now and would love to go to a fourth round and to get past that hurdle. But you’ve got to keep putting yourself in that position to give yourself that chance.”

Barty’s second-round win over former world No.5 Lucie Safarova was impressive and puts her into the third round in New York for a second straight year. She’ll be motivated to go further in 2018.