Ajla Tomljanovic gets the better of fellow Queenslander Lizette Cabrera to advance to the second round of the US Open. 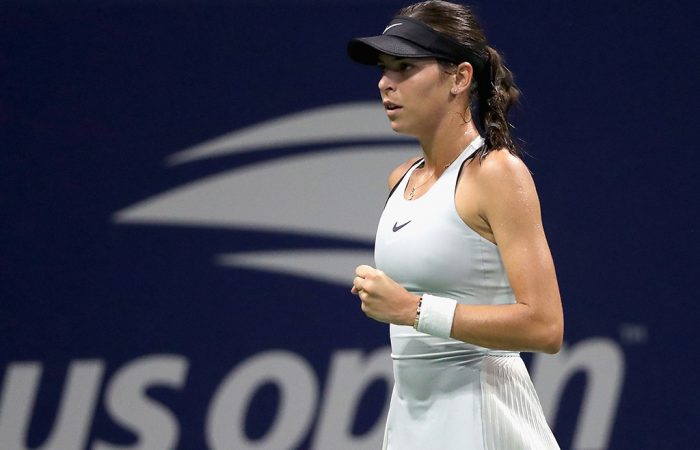 Ajla Tomljanovic made it three Australian women in the second round of the US Open after beating compatriot Lizette Cabrera on Tuesday.

Tomljanovic’s 6-4 6-1 win sees her accompany Ash Barty and Daria Gavrilova into the last 64 in New York, after Barty and Gavrilova won in straight sets on Monday.

Tomljanovic built an early 4-0 lead before Cabrera – winner of the Australian US Open women’s wildcard play-off – levelled scores at 4-4.

But once Tomljanovic broke Cabrera again to eventually take the opening set and then broke early in the second, she was in control of the match.