Stosur, Millman out of US tune-ups

Sam Stosur fell in the first round of the Connecticut Open in New Haven while John Millman went down at the same stage of the Winston Salem Open in North Carolina. 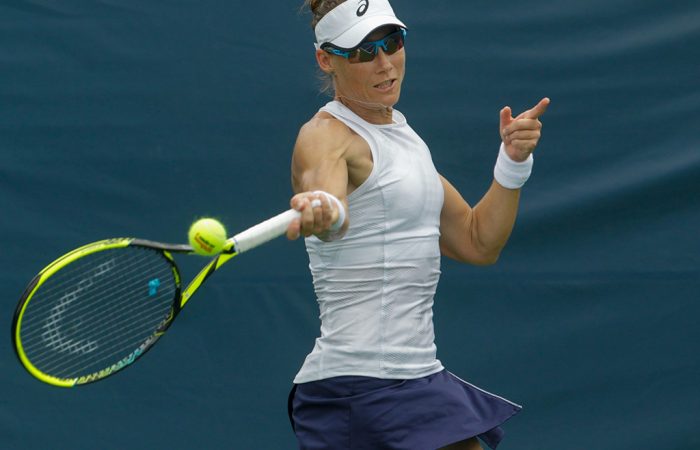 Sam Stosur has failed to make the most of a lucky loser entry at the Connecticut Open, falling in straight sets to Belarusian Aryna Sabalenka in their first-round encounter.

The defeat denied Stosur a second-round meeting against countrywoman and defending champion Daria Gavrilova, who belted Romanian Irina-Camelia Begu 6-2 6-1 a day earlier to advance to the last 16.

Further south in Winston Salem, Australian world No.54 John Millman missed a chance to make the second round in North Carolina.

The 29-year-old Queenslander lost 6-4 7-6(7) to 76th-ranked Japanese Taro Daniel in their first-round match at the ATP 250 event – the final hit-out before next week’s US Open.

Australian 15th seed Alex de Minaur, who had a bye in the opening round, will play Russian Daniil Medvedev on Tuesday.