Ajla Tomljanovic loses her rain-delayed final set in Cincinnati against world No.1 Simona Halep, who next faces Ash Barty on Friday. 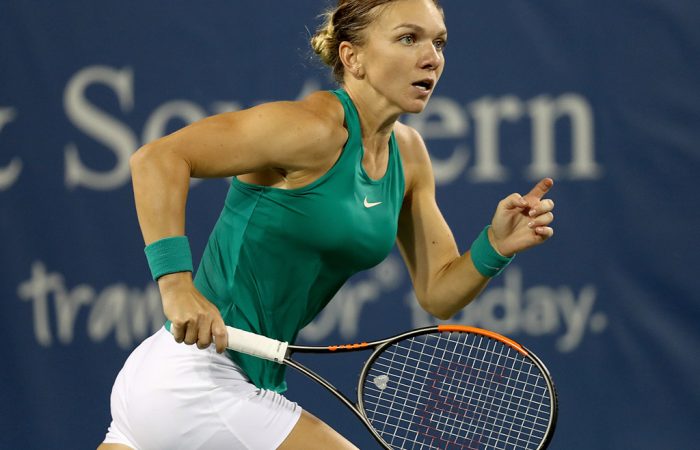 Australia’s Ajla Tomljanovic bowed out of the Western & Southern Open after losing to world No.1 Simona Halep following the resumption of their suspended second-round clash.

Rain in Cincinnati forced the match to be put on hold at one set each and Halep leading 4-3 in the decider on Wednesday evening before the players finally returned to court on Thursday, but only after another four-hour delay.

Halep wasted little time, winning two straight games to seal victory against the world No.58 as she wrapped up a 4-6 6-3 6-3 win.

“It was really difficult because we were waiting so much,” Halep told wtatour.com.

“I’m really happy I could go through this. It was tough, but I’m happy to play again tonight.”

The Romanian was due to play her round-of-16 clash against Australian 16th seed Ash Barty in Thursday’s evening session, but more bad weather saw that match postponed until Friday (1am AEST on Saturday).

Halep owns a 1-0 career record against Barty, with the win coming last week in the semifinals in Montreal where the French Open champion went on to capture her third title of the season.

“It’s a tough opponent,” added Halep. “We played in Cananda last week, so I expect a tough one. Hopefully, I will be at my highest level of tennis to win the match.”

Not messing around!@Simona_Halep wins two straight games to close out Tomljanovic 4-6,6-3, 6-3 at @CincyTennis.

The World No. 1 moves into the third round. pic.twitter.com/9zAaa3RQYC