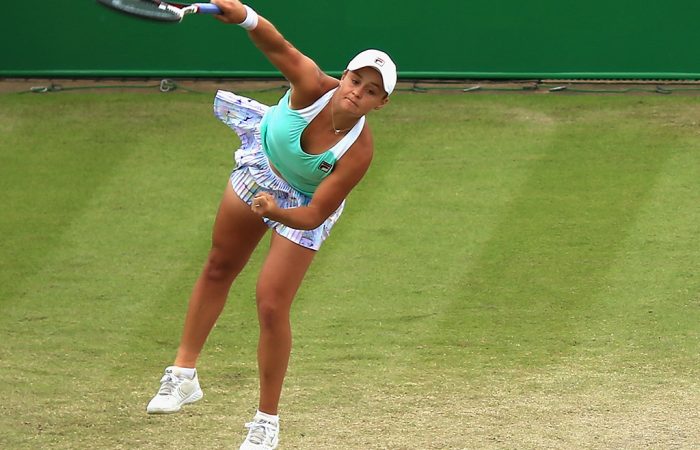 Ash Barty continued her excellent grass-court season with a straight-sets dismissal of Kristina Mladenovic at Eastbourne.

Barty beat the former world No.10 6-3 6-2 to advance to the third round of the WTA Premier event on the south coast of England.

There she will face Su-Wei Hsieh, who advanced past an injured Magdalena Rybarikova.

Barty, the champion at the WTA tournament in Nottingham two weeks ago, has won seven of her eight grass-court matches since the French Open.

Barty’s countrywoman Daria Gavrilova came extremely close to joining her in the last 16, but fell to Agnieszka Radwanska.

Gavrilova served for the match in the 12th game and held two match points in what turned out to be a torrid battle that extended to five deuces.

But once Radwanska broke serve and won through the tiebreak to send the match into a decider, Gavrilova’s resistance crumbled.

The 19-year-old may have been feeling the effects of his heavy grass-court workload; De Minaur was riding a seven-match winning streak and had won 11 of his 12 grass-court matches in the past three weeks.