Kyrgios gallant as Federer returns to No.1 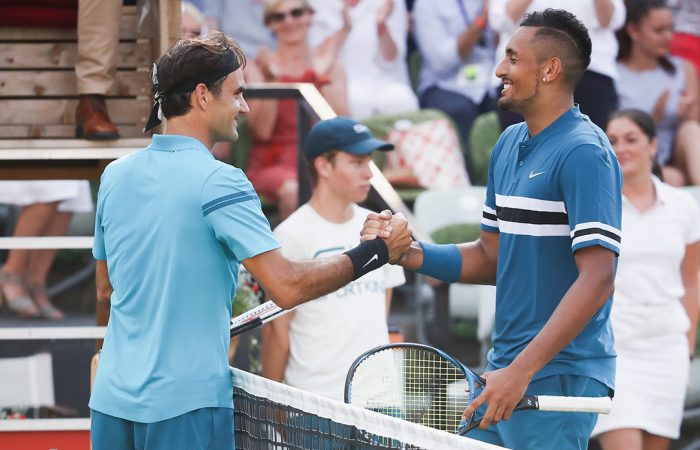 Nick Kyrgios’ return to singles action after a two month lay-off has ended with a tight three-set loss to Swiss champion Roger Federer in the Stuttgart semifinals.

Federer recorded a hard-fought 6-7(2) 6-2 7-6(5) victory in one hour, 51 minutes. The result propels the 20-time Grand Slam champion back to world No.1, overtaking Rafael Nadal in the top position.

For the third time in three @FedEx #ATP Head2Head meetings, @rogerfederer and Nick Kyrgios went to a third-set tie-break.

The 🇨🇭 came out on top to reach his first @MercedesCup final 🔥.

Will Federer lift his 98th tour-level 🏆 on Sunday? 🤔 pic.twitter.com/Sa6bxaHOGa

“I’m very relieved because I knew it was a tough match against Nick,” said Federer.

“We’ve played so many breakers and it could have gone either way.”

Kyrgios hit 23 aces in the loss, a positive sign his elbow injury won’t prevent him from being a threat at Wimbledon next month.

Meanwhile in s-Hertogenbosch, the hopes of an all-Australian final were dashed with both Bernard Tomic and Matthew Ebden defeated in the semifinals.

Ebden also lost to a Frenchman, with Jeremy Chardy posting a 6-4 7-5 win.

DID YOU SEE: Barty, De Minaur into Nottingham finals