Ash Barty ready to serve it up to Serena Williams 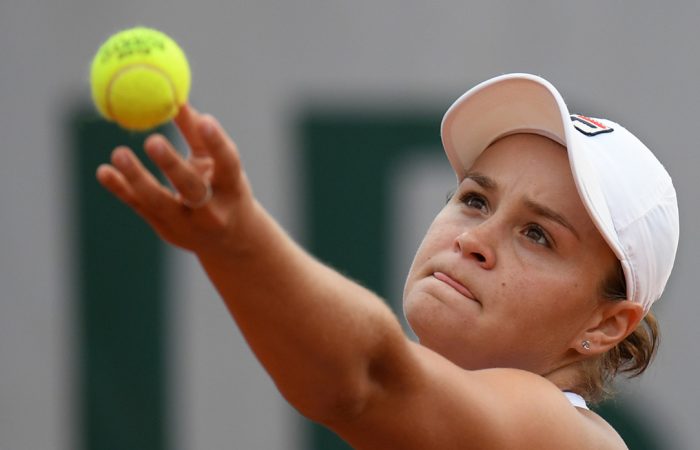 Blessed with one of the sharpest tennis minds in the business, No.17-seeded Barty plans to boss Williams from side-to-side in an attempt to exhaust the 36-year-old American.

Williams conceded she was unable to fully gauge her level in her first Grand Slam outing in 16 months against big-serving Czech Kristyna Pliskova, such was the soaring ace tally and lack of extended rallies in their first-round tussle on Tuesday.

But the 23-time Grand Slam singles champion remains confident she can go the distance in only her sixth singles match on tour since becoming a mother in September.

“I have been really enjoying it. Hopefully the results continue to show.”

Barty hopes to dictate points as much as possible when she meets Williams on Court Philippe-Chatrier tonight, in the final match scheduled on Paris’ premier court on day five.

“There has to be a very good balance between being aggressive and then being able to defend as well,” the 22-year-old said of her clay-court tactics.

“There are not all times when you’re in control and sometimes things are out of your control with bounces and (balls) hitting the lines and so forth.”

Williams entered the tournament using her protected ranking of No.1, but is not seeded as she is currently ranked No.451. The decision not to seed the former world No.1 has been widely-discussed – and Barty offered a diplomatic response when asked her thoughts.

“It’s an extremely tough question. I think probably in certain ways, yes, and I agree with those arguments; and then also I agree with arguments where it’s no.

“I know that the WTA are going through all the right processes … and I think there are valid arguments both ways.”

Both stars warmed up for the showdown with first-round doubles matches on Wednesday. Williams teamed with sister Venus for a 4-6 6-4 6-1 win over Japanese pair Shuko Aoyama and Miyu Kato, while Barty – a finalist with Casey Dellacqua last year – suffered a surprise 2-6 6-4 6-4 loss with American CoCo Vandeweghe against Croatians Donna Vekic and Darija Jurak.

This is Barty’s second career meeting with Williams. Their first was in the Australian Open 2014 first round, when a world No.1-ranked Williams recorded a comprehensive 6-2 6-1 victory over a 17-year-old Barty.

Other Aussies in action on day five:

Sam Stosur (AUS) v [30] Anastasia Pavlyuchenkova (RUS)
Court 5, first match (from 7pm AEST)
Head-to-head: Tied at 4-all
After teaming up in doubles yesterday, Sam Stosur meets a familar foe in Russian Anastasia Pavlyuchenkova. They have played eight times before, most recently on Madrid clay earlier this month when the Australian posted a 6-1 6-7(2) 6-3 victory. It was Stosur’s fourth career win over the world No.28, snapping a three-match losing streak dating back to 2015. Pavlyuchenkova, a Roland Garros quarterfinalist in 2011, enters this match with the momentum of six consecutive wins after winning the Strasbourg title last week.