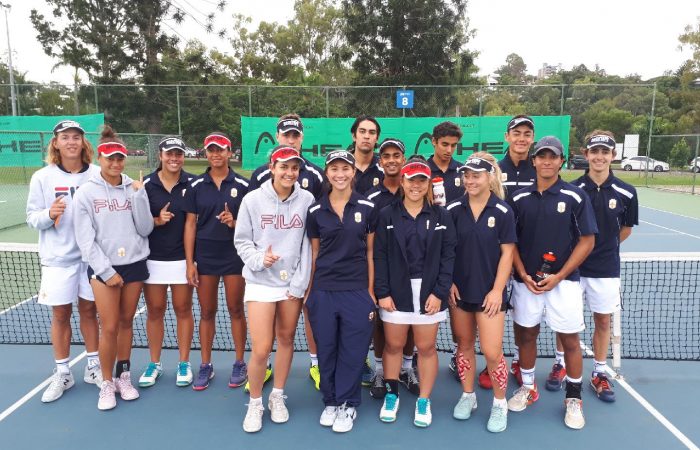 New South Wales has won the 2018 Pizzey Cup for the 10th consecutive year, marking their 30th title overall in the competition.

The victory came at the 2018 School Sport Australia 18-and-under National Tennis Championships, which were completed at the University of Queensland in Brisbane last weekend.

Introduced in 1978 the Pizzey Cup is a prestigious national schools team tennis championships open to students from year seven through to year 12 from every state and territory.

In the Tennis Australia Cup, an individual event held in conjunction with the Pizzey Cup, the following players were victorious:

The School Sport Australia All Australian Team was selected at the conclusion of the Pizzey Cup. Selections were based on players’ performance throughout the whole week of competition (individual and team results) using the Sudlow points system.

The team were presented with medallions and for the second year the All Australian Team will attend the Australian Open in 2019.