Biggest movers: Aiava back in top 200

Rising Aussie star Destanee Aiava has stormed back into the top 200 following her recent success on the ITF circuit. 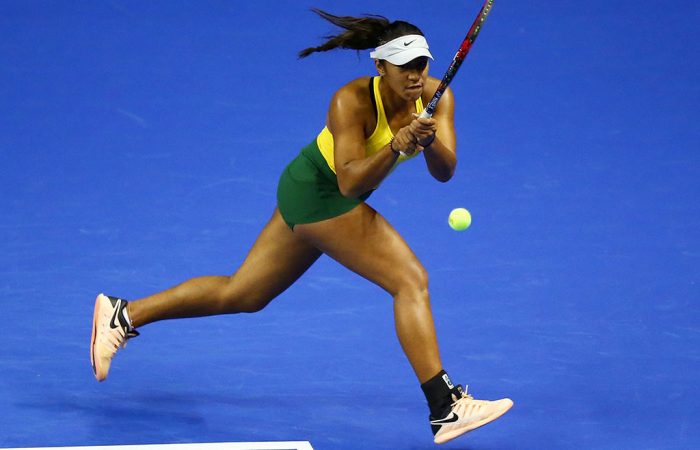 Destanee Aiava’s strong form on the ITF circuit has seen her drastically improve her ranking in the past couple of weeks.

The 17-year-old vaulted 24 places to world No.188 in the latest release of the WTA rankings, and has improved 38 places in the past fortnight.

Her latest move was a reflection of her winning week at the ITF tournament in Osaka, Japan.

She then jumped on a plane and joined the Australian Fed Cup team in Wollongong, making her competition debut in doubles and helping the hosts secure a 4-1 victory over the Netherlands.

She’s now the eighth-ranked Australian female; Ash Barty is our nation’s top-ranked player with a world ranking of No.19.

Aiava will turn 18 next month, meaning she will be free of age-related restrictions places on her tournament schedule.

She’s now based in Sydney working with new coach Nicole Kriz, and recently switched to Yonex racquets in a bid to gain more pop on her shots.

These changes appear to have paid dividends; the youngster has won 16 of her past 21 singles matches and is nearing her career-high ranking of No.147, set in September last year.

Aiava will contest the Australian women’s French Open wildcard play-off in May, and is also scheduled to play Roland Garros qualifying – if she doesn’t win the wildcard first.