Australia will have teams in both the Junior Fed Cup and Davis Cup Finals later this year after the girls win Asia/Oceania qualifying in Malaysia. 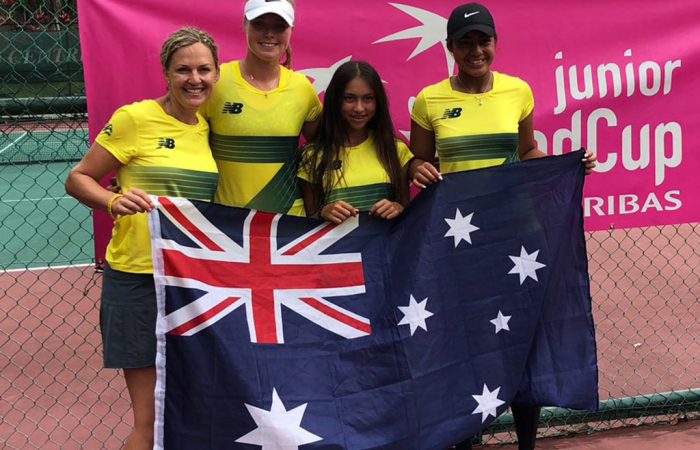 Australia have qualified for the Junior Fed Cup Finals by winning the Asia/Oceania qualifying tournament held in Malaysia.

Berezov got Australia off to a winning start in Saturday’s final against Indonesia before Gadecki sealed victory in straight sets.

They had beaten New Zealand, India, Hong Kong, Chinese Taipei and Japan in the earlier rounds.

The Fed Cup team will join Australia’s Junior Davis Cup side at the finals in Budapest later this year.