Following her first tournament title outside of Australia in Osaka, Japan at the weekend, Destanee Aiava is looking to build on her momentum as she targets Fed Cup and claycourt success. 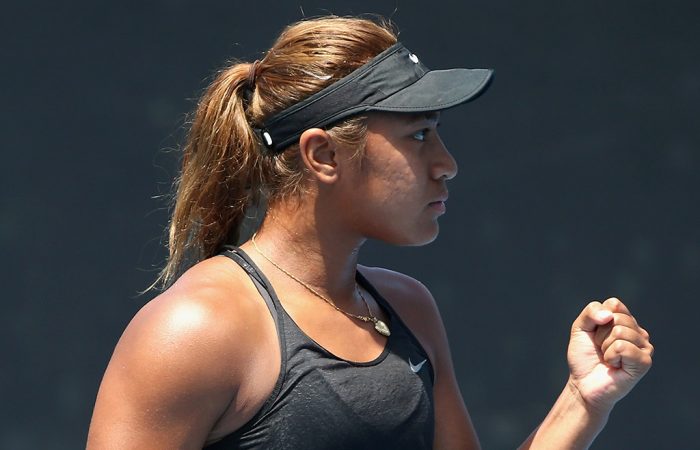 Destanee Aiava, who won the $25,000 Osaka ITF title at the weekend, has won 16 of her past 21 matches. And now she’s targeting even higher goals.

“A goal I have is to keep improving against the top 120 level and look to get some wins inside that level,” she told tennis.com.au.

The Victorian, who at 17 years of age is still subject to the WTA’s age restrictions which limit the number of professional tournament’s at which she can compete, defeated Rebecca Marino in the Osaka final, a player who was once ranked inside the top 40.

It’s one of several bigger-name players Aiava has increasingly found herself up against as she continues to make strides on the pro tour.

In January 2017, she beat a string of more experienced players to qualify for the Brisbane International and then advanced to the second round. She peaked at a career-high of world No.147 in September that season.

A year on from her Brisbane breakthrough, she faced top seed Simona Halep on Rod Laver Arena in the first round at Australian Open 2017, leading the Romanian 5-2 in the first set before the eventual finalist got on top.

Since that exciting showing at Melbourne Park, Aiava has gone 16-5, reaching the $60,000 Canberra final and the semifinals of the $25,000 event in Kashiwa, Japan in addition to her Osaka success.

> TOP OF THE CLASS: Aussies’ report card for Q1

She’s been selected as part of Australia’s Fed Cup team which this week will take on the Netherlands in a bid to return to the World Group.

“Some highlights in 2018 so far have been being included in the Fed Cup team as the fourth player, being able to represent my country and training among Australia’s best players, reaching my second 60k final in Canberra and also improving different aspects of my game,” Aiava said.

“The first three months of the year have been pretty full on with the Australian Open being the opportunity to play the No.1 player in the world and see where my level was at.

“I’m playing at a more consistent level against the top 250-120 players in the world and working hard on and off court getting ready for the clay season.

“Over the next few weeks, with preparation for Fed Cup I’ll have a training week before that, and also get back onto the clay before the French Open wildcard play-off.”