Daria Gavrilova got off to a winning start in Charleston with victory over Ons Jabeur while Ajla Tomljanovic saved match points to move on in Monterrey. 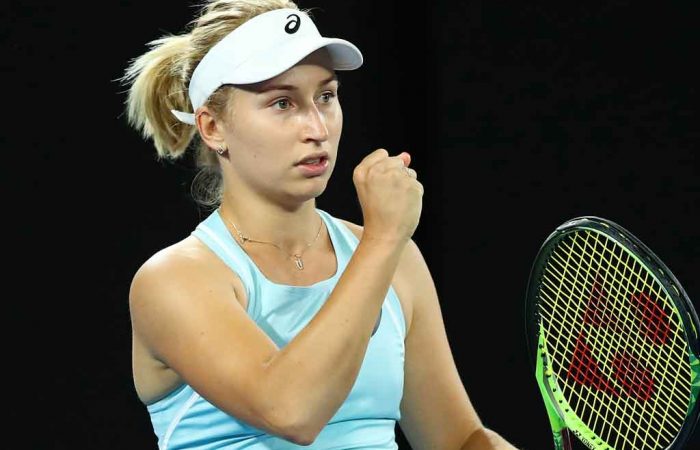 Daria Gavrilova got her claycourt season off to a winning start with a three-set victory over Ons Jabeur in Charleston.

The Australian, seeded 11th at the Premier-level event, won 1-6 6-4 6-3 to set up a second-round meeting with Camila Giorgi.

Gavrilova is one of three Aussies competing in singles this week in Charleston; Ash Barty is the No.9 seed and opens against Sofia Kenin while Sam Stosur, the champion in 2010, faces American Christie Ahn.

At the WTA hardcourt event in Monterrey, Mexico, Ajla Tomljanovic saved three match points to beat Anna Karolina Schmiedlova in the first round.

Tomljanovic, who hit 10 aces during the match, also faced defeat when Schmiedlova broke in the ninth game of the third set and served for the match with a 5-4 lead.

Yet the Aussie, seeded eighth in Monterrey, broke the Slovak at love to remain alive.

Next up for Tomljanovic is the winner of the match between Anna Blinkova and Rebecca Peterson.