Ash Barty and Daria Gavrilova each progress to the third round of the Miami Open with straight-sets victories. 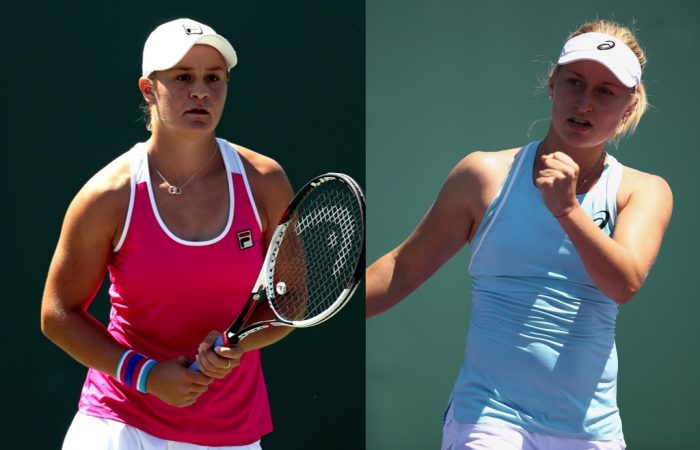 Ash Barty and Daria Gavrilova have each progressed to the third round of the Miami Open, with the Australians women both advancing in straight sets at the marquee WTA event.

Barty needed little more than an hour to progress past American wildcard Claire Liu 6-0 7-6(7), the No.21 seed hitting four aces to set up a meeting with Kristina Mladenovic or Petra Martic.

It was a more difficult day for Australian men in Miami. John Millman surrendered an early lead against Kei Nishikori, who went on to claim a 7-6(4) 4-6 6-3 victory and Matt Ebden lost in straight sets to Australian Open semifinalist Hyeon Chung.

Nick Kyrgios, a semifinalist at the 2017 Miami Open, opens his 2018 campaign against Serbia’s Dusan Lajovic tomorrow.

Thanasi Kokkinakis, a qualifier, will also be in the spotlight as he faces world No.1 and defending champion Roger Federer.