Matt Ebden upset defending champion Sam Querrey while Thanasi Kokkinakis was a quick victor on a winning day for the Aussies in Acapulco. 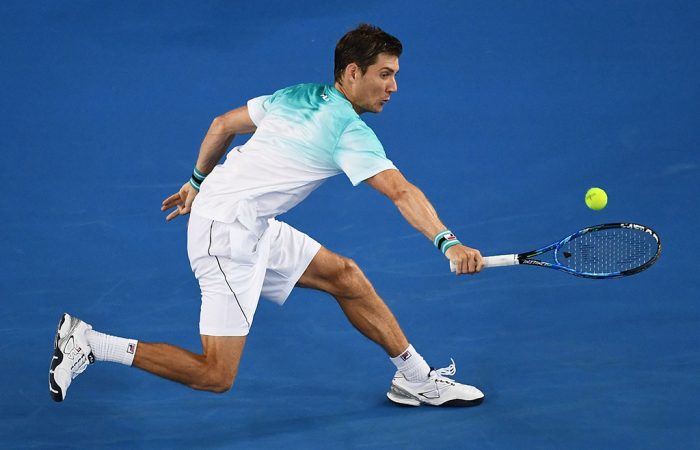 Matt Ebden has scored another big scalp in 2018 with a first-round victory over Sam Querrey in Acapulco.

Having ousted John Isner in the first round of the Australian Open in January, the Aussie beat another tall, big-serving American on Tuesday (local time).

Later in the day, wildcard Thanasi Kokkinakis joined his compatriot in the second round with a 6-4 6-3 win over qualifier Alexander Bublik.

Kokkinakis was supreme on serve, smacking seven aces (and no double faults) while winning 83 per cent of first-serve points throughout the 68-minute victory.

And the South Australian has dodged a bullet; he was expected to face top seed Rafael Nadal in the last 16 until the Spaniard withdrew due to a hip injury.

Instead, Kokkinakis will now face the winner of the match between Feliciano Lopez and lucky loser Taro Daniel.

Querrey, meanwhile, was the seventh seed and defending champion in Acapulco yet Ebden survived a runaway second set to win 6-3 1-6 7-6(5).

On his fourth match point, Ebden played a powerful off-forehand and followed the shot into the net, which drew an error from the world No.11.

The victory sets up a second-round meeting with Jared Donaldson.

In the WTA Acapulco event, Daria Gavrilova and Arina Rodionova are also through to the second round after victories on Monday.