Australian players went three-from-three on Monday in North America, with Daria Gavrilova and Arina Rodionova moving through to round two in Acapulco and Ajla Tomljanovic also scoring a win. 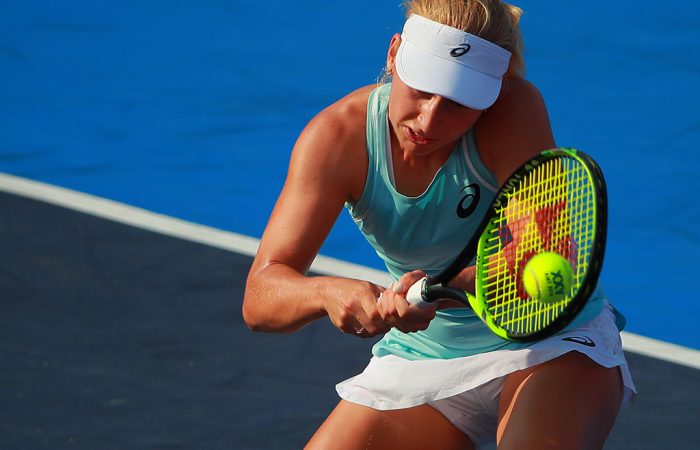 Daria Gavrilova and Arina Rodionova are through to the last 16 in Acapulco after coming through their first-round assignments on Monday.

Gavrilova was forced to battle for three gruelling sets before subduing Madison Brengle – who owns career victories over Serena Williams and Petra Kvitova – in two hours and 21 minutes.

The 4-6 6-3 6-3 win sets up a second-round meeting with either Kristyna Pliskova or Renata Zarazua.

She’ll take on defending champion and seventh seed Lesia Tsurenko for a shot at the quarterfinals.

At the new WTA 125K event at Indian Wells, Ajla Tomljanovic survived a tussle with former world No.9 Andrea Petkovic.

Tomljanovic sealed a 4-6 7-5 6-4 victory over the German and moves through to the second round, where a likely bout with No.2 seed Varvara Lepchenko awaits.