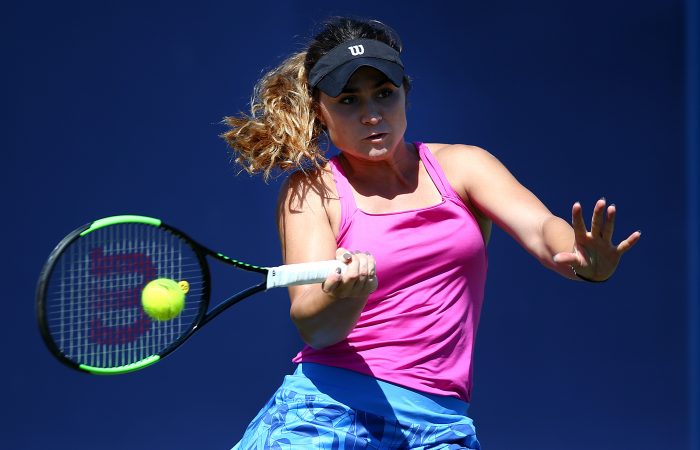 The teenager backed up her title in Launceston by defeating France’s Myrtille Georges 6-2 7-5 on Sunday.

“The past few weeks have given me a lot of confidence. It’s been a good run,” Taylor said. “I was out for a couple of months but I’ve started with a new team now and we’ve really clicked together. I’ve been working really hard and focusing on my game and the things I need to improve. If the results come it’s a bonus.”

There were a few dramatic moments for the world No.240 in the final, after Georges – the No.6 seed – was subject to a point penalty at 5-5 in the second set, handing Taylor the break and ultimately the match.

“I was just focusing on what I needed to do and I tried not to let things distract me,” Taylor said. “I was proud that I kept it in there and fought my through, stayed aggressive and managed to get the win.”

Taylor will remain in Australia during March, next competing in Mildura. “I will enjoy the win but in a couple of days it’s back to it.” she said.

Best-performed of the Australians in Perth this week was Victorian Jaimee Fourlis, who reached the semfinals (losing to Georges) after winning her way through qualifying.