Chengdu locals given a taste of tennis through the Tennis for Schools festival. 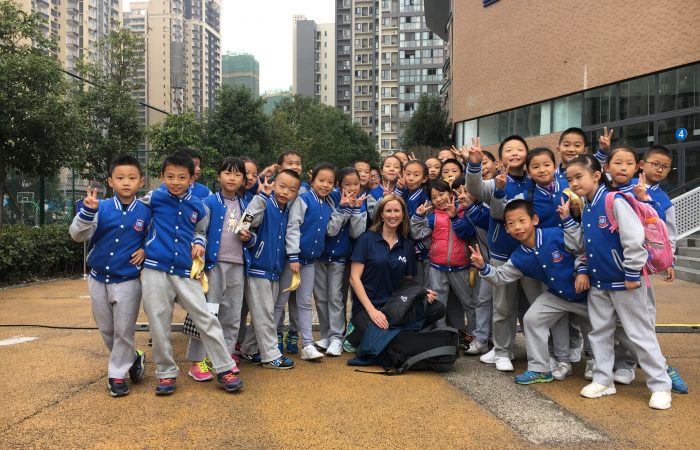 Chengdu locals were given a taste of tennis through the Tennis for Schools festival, a joint initiative of Tennis Australia and the Australian Government’s Department of Foreign Affairs and Trade.

The festival was a culmination of a seven-month program that introduced more than 1400 students and 30 teachers to tennis to improve physical literacy and celebrate equality among students in the region.

Tennis Australia Manager, Community Partnerships and Government Engagement Vicki Reid said the festival was a successful highlight of the collaborations with Chengdu Government and the Chengdu Tennis Association.

“The festival was a buzz of activity, it was fantastic to see so many children introduced to tennis through this program.

“The majority of participants had not held a tennis racquet seven months ago, and all were able to take part in rallies throughout the festival.”

“Tennis for Schools aims to encourage participation in tennis to support healthy lifestyles for children and teenagers in Chengdu.

“We hope this association between the region and tennis will continue to grow, and one of these local students may become the next Li Na or Zheng Jie.”

The Tennis for Schools program in Chengdu will continue to strengthen Tennis Australia’s partnership with both the Australian Government and the Chengdu region.