In a season bookended by the Australian Open and ATP Finals titles, John Peers discusses a stellar year capped with his nomination for the Newcombe Medal. 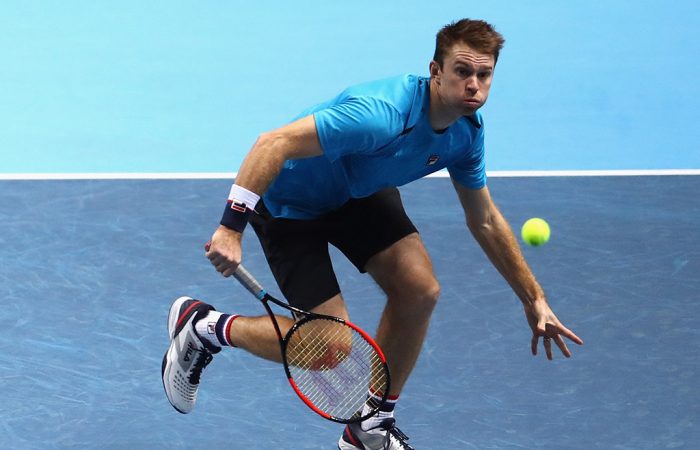 The stratospheric high in John Peers’ Grand Slam year occurred in the opening month. For the Melbourne-raised son of a respected tennis family, his first major title came at the home-town venue where he had served as a ball boy 16 years earlier.

What was shared with Finnish partner Henri Kontinen was a truly memorable personal moment in a late-blooming career that continues to flourish. Peers ended 2017 as the world No.4 and half of its second-ranked team behind Wimbledon champions Lukasz Kubot and Marcelo Melo after a second consecutive triumph at the prestigious ATP World Tour Finals in London on Sunday.

Another great season has seen the Victorian named as a finalist for the Newcombe Medal – nominated alongside Ash Barty, Nick Kyrgios, Daria Gavrilova and Jordan Thompson – which is awarded annually to Australia’s most outstanding elite tennis player.

By extending their record over Kubot and Melo to 4-1, Peers and Kontinen also finished the year with a perfect 5-0 finals record and matched former Australian greats Todd Woodbridge and Mark Woodforde with a pair of wins at the season-ending championships.

“It’s nice to come back and defend our title. Yeah, it feels good to go on holidays after a win,’’ Peers said later. “I looked up to (the Woodies) growing up. What they were doing not only in doubles but for Australian tennis was unbelievable. To be able to match them with two is just something I hadn’t really thought of doing. To be able to say I’ve done it, it’s pretty cool, yeah. Amazing.’’

As was Saturday 28 January. The night when a secretly pregnant Serena Williams won a seventh Australian Open singles title, expectant father Peers then teamed with Kontinen to defeat the Bryan brothers 7-5 7-5 at Rod Laver Arena.

The Slam-winning moment, as Peers remembers it: “I hit the lob and the ball just stuck in the air forever. I was just hoping it was gonna drop, and it was more just disbelief to be honest that we’d actually done it, and that we were champions.’’

The feeling was just as good as he’d imagined.“Yeah, definitely. It was amazing. Something that definitely didn’t sink in straight away. I mean, you’ve got your family and friends around and you’re celebrating, but as a player you’ve got your normal routines to go through and nothing really sinks in until later on, and then we had Davis Cup straight after so I knew I couldn’t completely let the hair down.

“I was able to enjoy the moment, but probably not really reflect on it completely until Davis Cup was done.’’

There was a chance to ogle the trophy from close range, though, and to see the roll call of great names Peer and Kontinen had just joined. “You read through the whole list, it just doesn’t really stop. The trophy’s just something which is great to have, as well. You’ve got the Woodies, you’ve got everyone on there that’s been a great player. Not only in Australia, but globally.

“It’s something that still gives me goosebumps down the back of my neck as I try and talk about and describe it. I’m still sort of pinching myself that it actually happened.’’

As well as semifinals at Wimbledon (an epic 9-7 in the fifth loss to Kubot-Melo) and the US Open and a first-round loss at the French, Peers and Kontinen’s second season of collaboration led to four further titles, all of them on hard courts: Washington DC, then Beijing and Shanghai in consecutive weeks, and lastly, the ATP Finals.

“I felt the biggest difference is we’ve learnt how to play better and more consistently in the bigger matches and the bigger tournaments,’’ Peers, a young 29 in tennis years, said in Shanghai. “This year we’ve done that a lot better, and that’s been the biggest challenge for us was to consistently perform well in the big events.’’

Davis Cup is another, and Peers went 1-1 with Sam Groth against the Czechs and Americans, before partnering Jordan Thompson to a fine straight-sets defeat of Belgians Ruben Bemelmans and Arthur De Greef in the heartbreaking semifinal loss in Brussels.

“We’re just a really good, tight group of guys that really look forward to playing for Australia and every opportunity we get we try and come together and do the best we can and to wear the green and gold, I know for myself and the other guys we’re really proud to be able to do that,’’ he said.

“Lleyton has done an amazing job to bring all the guys together, and there’s a great team around us, as well, which makes it even more special to be able to share in what we’re all trying to do at the moment. We all know we’re a great chance to be able to try and win the Davis Cup title more than one time over the next several years.

“It’d be great to be able to become a dominant force in Davis Cup, especially with the  depth we’ve got coming into the squad now, which is amazing.’’