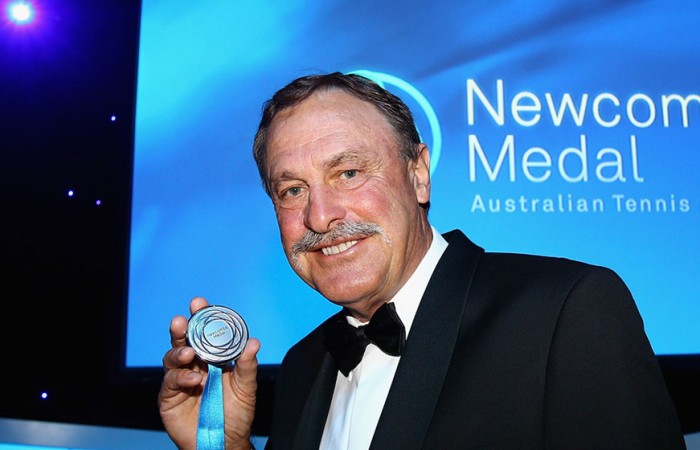 Australian tennis’ highest individual accolade will be awarded on Monday 27 November at the annual awards ceremony in Melbourne.

The Newcombe Medal will be presented alongside 14 other categories as part of the Australian Tennis Awards and Tennis Australia CEO Craig Tiley said the event would celebrate an inspiring and positive 12 months of tennis.

“We look forward to honouring the contribution of our tennis stars on and off the court at the Australian Tennis Awards.

“We recognise the exceptional achievements of our athletes but also celebrate the influence our coaches, clubs, schools, volunteers and communities have had on the game across Australia during the past 12 months.”

The nominees are looking forward to tennis’ night of nights.

“I am proud to be part of the Australian tennis family,” Ashleigh Barty said.

“Being nominated for the Newcombe Medal is a huge honour for me and something I didn’t think possible in my first year back.”

“I’m really happy to be nominated for the second straight year and I can’t wait to celebrate tennis at the Newcombe Medal, it is always a great night,” Daria Gavrilova said.

“It’s an honour to again be nominated for the Newcombe Medal,” John Peers said from London, where he’s competing in the ATP World Tour Finals.

“The nomination aside, the evening is always a great celebration of Australian tennis, with the whole tennis community coming together. Australian tennis is in a really good place at the moment and there have been so many great results and consistent performances from a number of players over the course of the year.

“From my point of view, I’ve felt like I’ve had a good year and was able to build on 2016. Winning the Australian Open with Henri (Kontinen) was one obvious highlight, and our Davis Cup weeks are always weeks I look forward to. Losing the semi was disappointing, but hopefully we can rebuild and go a few better in 2018!”

“It’s a great honour and I feel privileged to be nominated two years in a row for the Newcombe Medal, especially alongside all these great athletes,” Jordan Thompson said.

“I feel as though I’ve had a positive year, and being named the 107th Davis Cup player for my country would have to be my highlight. I wish all of the other nominees the best of luck.”

The Newcombe Medal will take place on Monday 27 November at Crown Palladium, Melbourne.

A return to tennis in 2016 after an 18-month break, Barty has enjoyed a breakout year in 2017. Starting the year ranked outside the top 200, the 21-year-old reached a career-high ranking of 17 at year’s end and the mantle of Australia’s number one player. Barty’s 2017 highlights included her first WTA singles title in Malaysia in March and defeating four top 10 seeds on her way to the final of the Wuhan Open in September.

In June, Gavrilova took the mantle of Australia’s number one female, overtaking Sam Stosur who had held the position for 452 consecutive weeks, before relinquishing it to Barty last month. She continued her strong run of form into August’s New Haven event where she won her first WTA singles title. Gavrilova reached two other WTA finals in 2017.

Kyrgios’ win in Mexico where he defeated Novak Djokovic and Cincinnati where he overcame Rafael Nadal in the quarterfinal were two of the biggest highlights of his year. It was his performances representing Australia at Davis Cup and Team World at the inaugural Laver Cup where Kyrgios’ talent came to the fore in 2017.

Matching his 2016 form, Peers won four ATP doubles titles alongside Finnish partner Henri Kontinen. The pair kicked off 2017 with a Grand Slam championship at the Australian Open and followed up with ATP titles in Washington, Beijing and Shanghai. Peers reached a career-high doubles ranking of No. 2 in April.

Thompson reached a career-high ranking of 63 in February and made it to the second round of both the Australian and US Open. Partnering with Thanasi Kokkinakis (SA), Thompson won the Brisbane International for his first ATP doubles title. He was a member of Australia’s Davis Cup semifinal team. One of the biggest highlights of Thompson’s year was defeating world No.1 Andy Murray in the first round of Queen’s.

Full list of finalists for the Australian Tennis Awards are as follows: