Jason Kubler continues his run of form, coming from qualifying to meet No.2 seed Matthew Ebden in a Traralgon ATP Challenger semifinal. 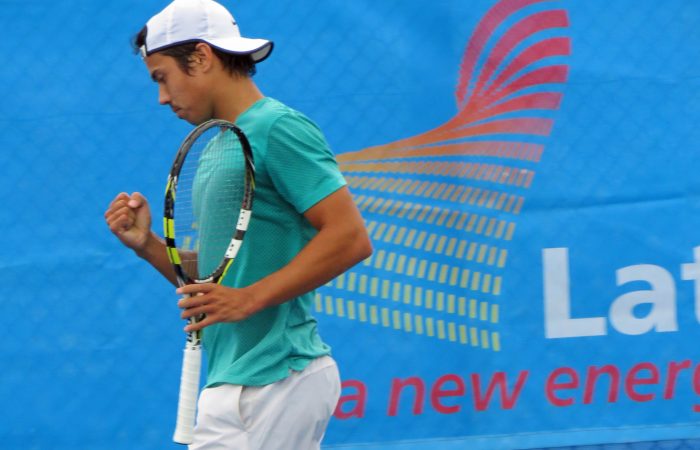 Qualifier Jason Kubler is among an all-Australian contingent heading into the semifinals of the Latrobe City Traralgon ATP Challenger on Saturday.

Still in the early stages of his return from a significant lay-off with injury, the 24-year-old Queenslander has been one of the standout players on the current Australian Pro Tour. After reaching finals in Toowoomba and Cairns, he has continued his blistering form this week in Traralgon, dropping just a single set on his way through qualifying to the last four.

It was Bradley Mousley who pushed Kubler to a deciding set in Friday’s quarterfinal, the South Australian putting up stiff resistance to the end.

“He’s in great form, so I’m really pleased with how the match went,” Kubler said. “I had to fight through some tough situations.”

Kubler began his main draw campaign with solid wins over world No. 119 and No.3 seed Taro Daniel of Japan and fellow Aussie Andrew Whittington.

“I’ve played some great guys already this week,” Kubler added. “But to be honest, I’m not putting too much pressure on myself. I’m just playing as best I can. Whatever happens is going to happen.

“This is the first time I’ve really dug in playing tournaments this year, so I’m really just riding some momentum that all started in Toowoomba, then Cairns and then coming here.”

In even better news for Kubler, his semifinal appearance ensures a special exemption into the main draw at next week’s ATP Challenger event in Canberra. A loss would have meant a quick exit from Traralgon and two qualifying matches on Saturday.

While his body is holding up to the rigours of consistent matchplay, Kubler remains confident but cautious. “Everything’s going pretty good. There’s some little niggles here and there but I’m happy with how things are going,” he said.

The former world No.136 now faces No.2 seed Matthew Ebden, a man riding a wave of momentum himself as he closes back in on the top 100. Ebden overcame a one-set deficit to outlast American No.5 seed Noah Rubin in their quarterfinal, winning 4-6 7-5 6-4.

“I’ve never actually really seen him play before this week, to be honest,” Kubler said of his upcoming opponent. “He’s kind of either been at another level or playing hardcourt when I was somewhere else on the clay. So I’ll just play my game and do my best to hold up my end.”

In the remaining semifinal, the unseeded Australian duo of Alex Bolt and Maverick Banes will battle it out for the first time, each of them also ousting Americans in their respective quarterfinals, with Banes dismissing sixth seed Evan King 6-3 6-4 and Bolt pushing past Alexander Sarkissian 7-5 4-6 6-4.