Nick Kyrgios is the third seed at this week's ATP European Open in Antwerp while Daria Gavrilova heads to her original homeland for the WTA Kremlin Cup in Moscow. 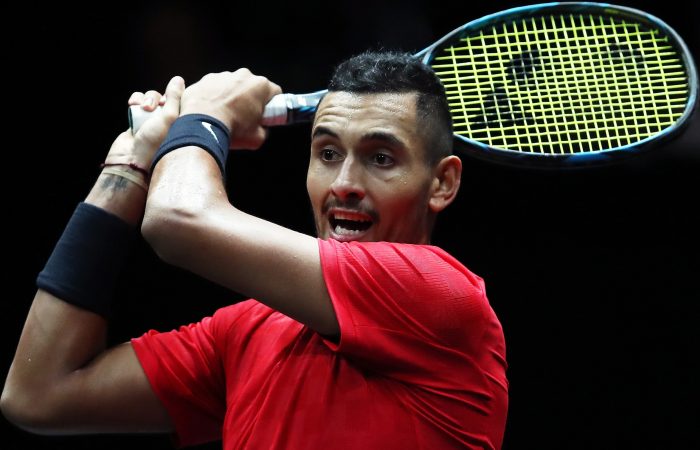 Nick Kyrgios is in action this week as the ATP World Tour heads back to Europe.

This week, there are indoor tournaments in Antwerp, Stockholm and Moscow, with Kyrgios the third seed in Antwerp – and Bernard Tomic hoping to join him in the main draw.

Tomic won his first-round qualifying match against Gleb Sakharov 6-4 6-4 and will take on Bosnia’s Aldin Setkic for a main-draw berth.

Kyrgios, meanwhile, receives a first-round bye and in the last 16 will meet either Ruben Bemelmans or Peter Gojowczyk for a shot at the quarterfinals.

If the seedings hold, he’d meet No.7 seed Benoit Paire of France.

In Moscow, Daria Gavrilova will return to the city of her birth and attempt to go deep in the draw once again at the Kremlin Cup.

Gavrilova reached the WTA Moscow final last year, where she fell to Svetlana Kuznetsova. This year she’s the sixth seed and takes on Kristyna Pliskova in the first round.

Gavrilova on Sunday reached the final in Hong Kong before making the long-haul flight to Russia.

Another Russian-born Aussie, Arina Rodionova, beat Anastasia Potapova and Olga Savchuk to advance to the final round of qualifying.

There she’ll meet Belarusian Vera Lapko for a place in the main draw.

In Luxenbourg, Ajla Tomljanovic will in the first round meet a qualifier, with the winner advancing to a second-round meeting with either top seed Angelique Kerber or Olympic champion Monica Puig.