In just the sixth tournament of his singles comeback, Thanasi Kokkinakis advanced to the final in Los Cabos - and has since soared in the ATP rankings. 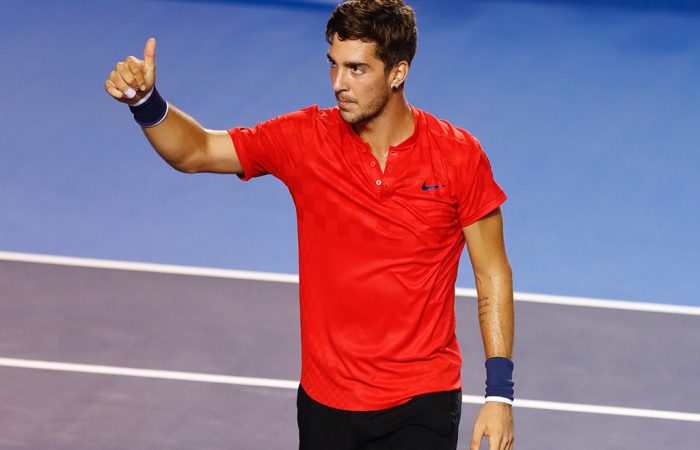 Thanasi Kokkinakis has leapt an incredible 234 places in the rankings following his trip to the ATP final in Los Cabos.

The 21-year-old now sits at world No.220, the 12th highest-ranked Australian.

As recently as late May, Kokkinakis had no ranking at all. When he returned to the list in the first week of June, he was down at 993rd.

He peaked at No.69 in June 2015, a few months before a shoulder injury struck him down.

Another improver was Alex De Minaur, who jumped 33 places to No.184 after advancing to the final of the Segovia Challenger in hard courts in Spain.

John Millman, who also reached a Challenger final at the weekend – in Lexington, Kentucky – moved up 17 places to No.152.

In the quarterfinals he beat fellow Aussie Max Purcell, who was rewarded for his run with a rise of 29 places to No.338.

One above Millman, at fourth in the Australian rankings, is Matt Ebden, who this week jumped 12 spots to 142 after qualifying for the main draw in Los Cabos and then reaching the second round.

In the women’s rankings, Naiktha Bains was the biggest Aussie mover, rising 49 places to No.408 after advancing to the semifinals of a $15,000 ITF event in Hua Hun, Thailand.