After his run to the ATP final in Newport, Matt Ebden has continued his rapid ascent of the rankings in 2017, and now stands on the verge of a top-150 return. 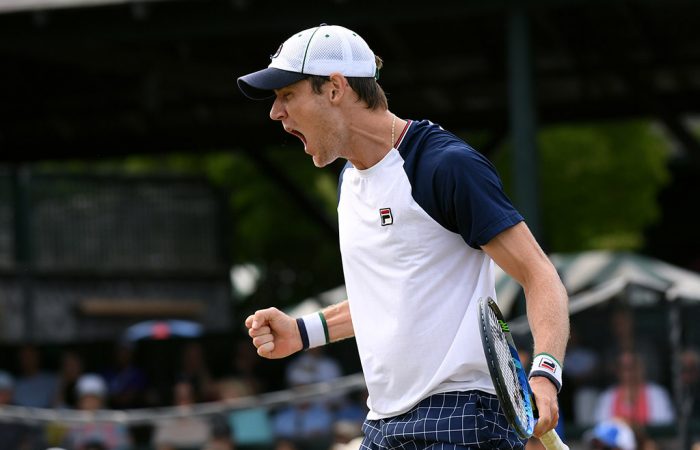 Less than seven months on, the 29-year-old is now poised to re-enter the world’s top 150.

Ebden’s extraordinary ascent continued this week when the West Australian jumped 95 places to world No.154 after reaching his first career ATP final in Newport.

It’s been an impressive return after he was sidelined for seven months in 2016 with a knee injury.

After being forced to qualify in Newport, Ebden’s improved position in the game will open up more opportunities for scheduling and tournament entry, which in turn will bolster his chances of rising even higher.

Also rising were Akira Santillan and Sam Groth, who moved up 11 and 20 places respectively.

Santillan, at a career-best mark of No.160, advanced to the second round in Newport while Groth is at 181st thanks to reaching the same stage of the tournament after coming through qualifying.

Among our women, Zoe Hives was the most impressive performer in the last WTA rankings, jumping 66 places to a career-high ranking of No.436.

Hives, 20, has been competing at ITF $25,000 claycourt events in Europe recently, progressing to the quarterfinals in Baja, Hungary as a qualifier.

The Victorian has qualified at her last three ITF events and built a win-loss record of 12-3, shaving her ranking by 200 spots in the past month.