Competitive action sparked into life at Melbourne Park on Wednesday as home players ignited their push for a place in the Australian Open main draw. 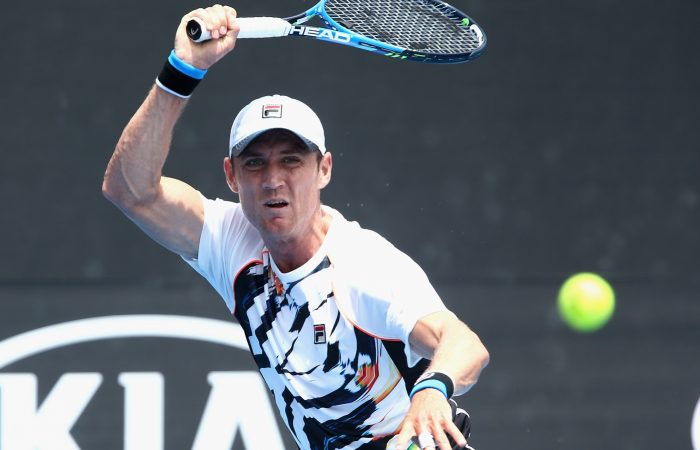 Competitive action sparked into life at Melbourne Park on Wednesday as home players ignited their push for a place in the Australian Open main draw.

The field is full of dangerous players but Matt Ebden, fresh from playing in the Hopman Cup, stormed into the second qualifying round with a 6-1 6-2 victory over Andrey Golubev.

Ebden, who has previously progressed to the main draw second round twice (2012 and 2014), dominated with his serve.

He lost just one point on a first delivery, striking 79 per cent successful first serves to storm past Golubev in a rapid 44 minutes.

John-Patrick Smith provided the first Aussie victory on Wednesday, impressing with 36 winners and three breaks of serve to prevail past Argentine Agustin Velotti.

The comeback of the day concerning home interests was from world No.631 Alex Bolt.

Andrey Rublev is tipped for a promising future by the ATP ‘Next Gen’ campaign but he was given an almighty test by Australian wildcard Max Purcell in a 6-4 6-7(6) 6-1 victory to move into the second round.

Fourth seed Yuichi Sugita is a class act and displayed his crisp ball striking in a 6-1 6-1 win over Aussie teenager Marc Polmans on Show Court 3.

American Denis Kudla and Aussie Luke Saville were embroiled in a right scrap. Saville pushed the world No.135 all the way, fending off three match points in the second set, before succumbing to a 6-4 7-5 defeat.

Australian 18/u National Champion Scott Jones was given a tough draw with world No.187 Marcelo Arevalo utilising his wealth of experience to chalk up a 6-2 6-2 win.

However, there was another Australian victory with Melbourne resident Blake Mott losing just three games to navigate past Russian Alexander Kudryatsev 6-1 6-2.