John Millman was unfortunately forced to withdraw from the Brisbane International today, yet another Aussie, Sam Groth, takes his place. 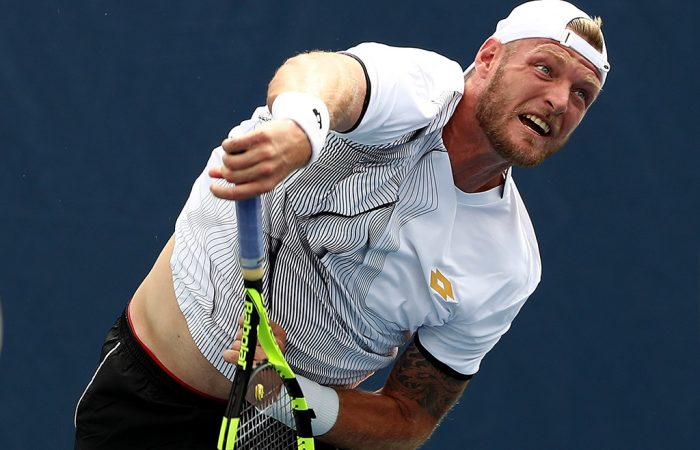 Sam Groth has been offered a wildcard to Brisbane International 2017 after John Millman announced today that he was not fit enough to take his place in the tournament.

Millman, the world No.84, has been battling a hip injury in the off-season and made every effort to be ready for his home tournament, but was reluctantly forced to concede that time had run out.

“I tried everything to get myself fit for the tournament. I love playing Brisbane in front of the best supporters, but unfortunately I just ran out of time. I feel as if my hip is nearly right, but I have to look at the bigger picture with the Australian Open only a couple of weeks away,” he said.

For Groth, it was a bittersweet moment with Millman having to withdraw, but an opportunity he is relishing heading into a new season with an Australian Open 2017 wildcard already under his belt.

“It’s obviously disappointing for John that he wasn’t able to play, but for me it’s a good opportunity,” said Groth.

“It’s the toughest field it’s ever been here, with five guys in the top 10, so to be part of that field is a great feeling. I’ve always played well up in Brisbane, and to be able to play in the main draw is a big bonus.”

“I want to push back towards the top 100,” said Groth. “For me last year was a disappointing one, but I believe that’s where I belong and I believe it can start here in Brisbane. I’ve twice made quarterfinals here, so it’s been a happy hunting ground for me.”