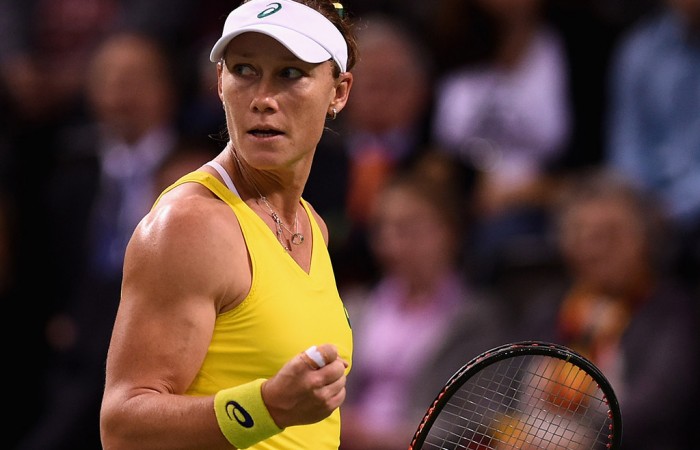 Australia have nominated John Millman and injured star Thanasi Kokkinakis to lead their men’s tennis team at the Rio Olympics, along with women’s stars Sam Stosur and Daria Gavrilova.

World No.67 Millman and Kokkinakis have been entrusted with the men’s singles spots following the withdrawals of top-20 pair Nick Kyrgios and Bernard Tomic.

Millman vindicated his Olympic call-up by charging into the Wimbledon third round with an impressive upset of 26th seed Benoit Paire on Thursday.

Millman learned of the ITF’s decision to ratify Tennis Australia’s nomination of him for the Rio Games shortly before taking the court against the volatile Frenchman, who he beat 7-6(5) 6-3 4-6 6-2.

Doubles pair John Peers and Chris Guccione will also be on the plane for the Games, which start in August, while Stosur and Gavrilova will play both doubles and singles.

“It’s really amazing to think I’m going to be at my fourth Olympics. That’s quite a long stretch of years; it’s always an honour and a privilege to be a part of that team,” said Stosur.

“We’ve got the tennis team – which is always quite small – but you’re part of a really big, greater Australian team full of sporting icons and people who are as good as it gets. So it’s really special.”

“I was walking around Wimbledon as if I’d just won my match. Unfortunately I ended up losing today (laughter).

“Still, it’s great news. Since the beginning of the year I was really hoping to get into the Olympics, and it was my biggest goal.”