After a rain-soaked Sunday, John Millman, Jordan Thompson, Sam Stosur and Arina Rodionova will feature on a back-logged Day 2 at Roland Garros. 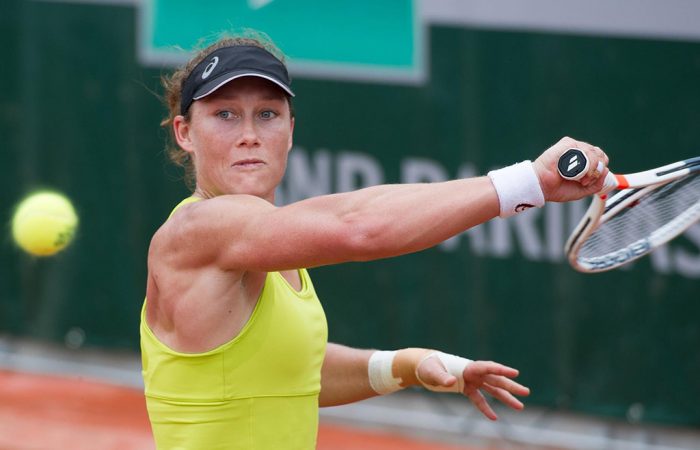 Nick Kyrgios swept into the French Open second round on Sunday before most of the opening day at Roland Garros was washed away.

Caught up in the weather dramas on a wet and windy Sunday in Paris were Australian pair John Millman and Jordan Thompson, both of whom were unable to take the court for scheduled matches.

Half of the matches on opening day were cancelled without so much as a warm-up and barely a quarter were completed.

A host of Australians will be in action on Monday (starting Monday night AEST), starting with Millman and Thompson as the backlog of matches is cleared.

Sam Stosur will meet the dangerous Misaki Doi as she embarks on a tricky draw that would likely require her to go through last year’s runner-up Lucie Safarova and sixth seed Simona Halep to reach a potential quarterfinal with world No.2 Agnieszka Radwanska.

Australia’s remaining trio of Bernard Tomic, Sam Groth and Daria Gavrilova will all begin their campaigns on Tuesday.