Australia's girls have finished sixth after a tough week of competition at the World Junior Tennis Asia/Oceania Qualifying in Thailand. 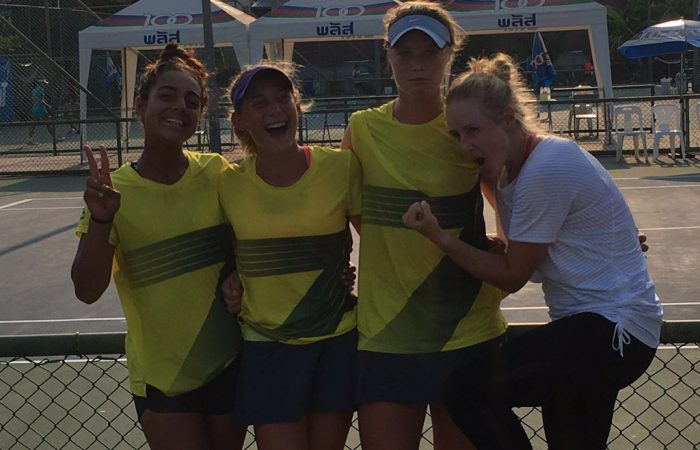 Australia have finished sixth at the World Junior Tennis Asia/Oceania Qualifying in Thailand. After a stunning start to the week, which saw the team go undefeated as they took top spot in a hard-fought Group C, the girls were beaten by China on the final day of the competition.

After being defeated by Hong Kong in Thursday’s crunch play-off, the team took a clean sweep against New Zealand (who finished seventh) on Friday, before facing China on Saturday.

Hong Kong, Japan, South Korea and Thailand all qualified for the 2016 World Group.