An impressive line-up of young talent will feature at Memorial Drive this week for the 12/u and 14/u Australian Grasscourt Championships. 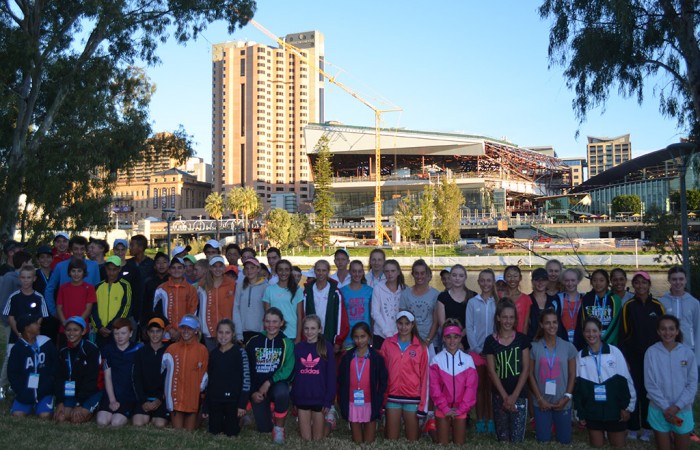 Adelaide is playing host to the 12-and-under and 14-and-under Australian Grasscourt Championships for the first time this week.

Tennis Australia and Tennis SA, in conjunction with Next Generation Memorial Drive, are hosting the championships from 9-14 April 2016.

The tournament is one of only three national junior championship events in Australia and gives the top 32 players in each age group from around Australia the opportunity to play for the national title and valuable Australian ranking points.

South Australia fields an impressive list of participants in the event, with 11 players accepting direct entry into their respective main draws and an additional eight players to join the lists as wildcards. A quarter of the 14-and-under girls’ field will be made up of South Australian players.

Tennis SA is thrilled to be hosting the event in 2016.

“Tennis SA is delighted to have been selected as the host state for the 12-and-under and 14-and-under Australian Grasscourt Championships in 2016,” said Steve Baldas, Tennis SA CEO.

“This event marks the first time South Australia has held an event of this kind and we look forward to some great tennis later this week.”

“The tournament provides a fantastic opportunity for locals to watch some of Australia’s up-and-coming junior players and we wish all players the best of luck in Adelaide.”

Live results will be available via Twitter @oztennisresults and daily updates on the Tennis SA website. Join the conversation using #AusJnrChamps.

For more information on the Junior Tour visit tennis.com.au/tournaments/juniors/junior-tour.