In a tight contest, the Royal South Yarras have defeated the MCC Stars in the Asia-Pacific Tennis League Playoff finals at Melbourne Park. 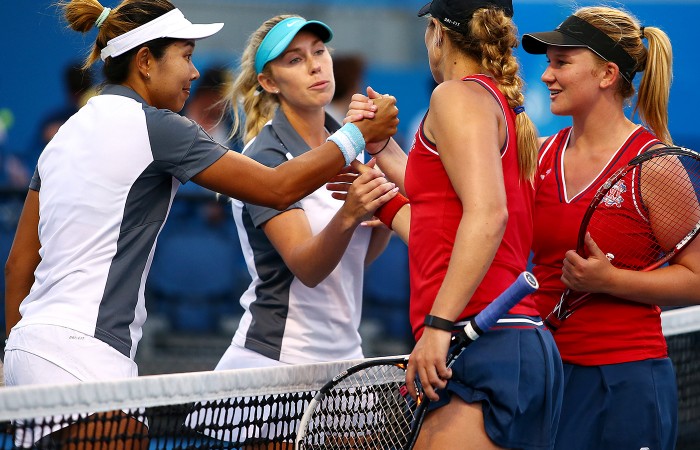 Having won the South Conference in November, the Yarras were always favourites but the MCC Stars weren’t going to lie down gently. After singles, the rubbers were level at two all with wins to Tammi Patterson and Storm Sanders. Sanders won in straight sets which proved crucial to the decider in the end. Katarzyna Piter and Eliza Long held up for the Stars and going in to doubles it was anyone’s game. Both doubles matches went to a FAST4 tiebreak with Patterson and Wongteanchai combining to get the win that the Yarras needed to make it impossible for the Stars to win. Zoe Hives and Piter quickly followed with a doubles win for the Stars leaving it at 3 rubbers each but the Yarras had more sets wins on the board.

After the match, Royal South Yarras Captain Tammi Patterson commented on how close a match it had been. “It was tough tonight, we were so close after all our singles. We went out there after a big few weeks for a lot of us and knowing it was so close we are so happy to have the win.”

In the men’s final, the Tennis Brisbane Chargers were again too strong, blitzing the Kooyong Classics in the singles. Omar Jasika, Rubin Statham and Andrew Whittington all fell short in their singles but young gun Marc Polmans pulled through for a win over Maverick Banes forcing the match to go to doubles. The Chargers got up early in the doubles taking the title with them.