Victorian teams secured both the men's and women's ATL South Conference titles as the Kooyong Classics and Royal South Yarras were victorious at Melbourne Park. 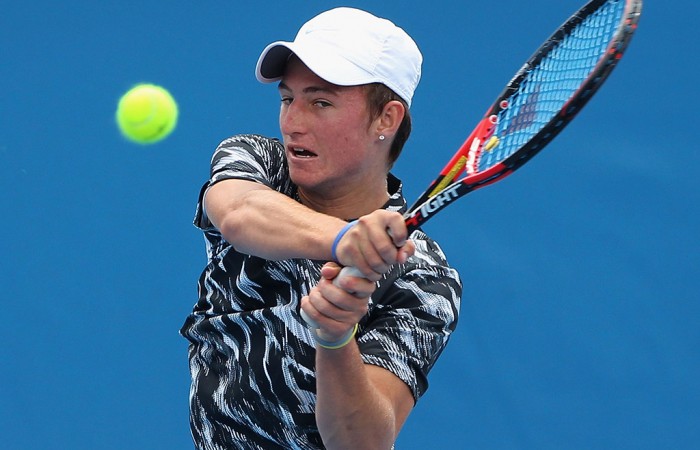 Victoria’s Kooyong Classics (men) and Royal South Yarras (women) have secured themselves a place in the Asia-Pacific Tennis League Playoffs to be held during the Australian Open 2016, after both teams were crowned the South Conference champions at Melbourne Park today.

“We’re building a bit of a dynasty, it’s really exciting and we’re looking forward to the Australian Open Playoff and hopefully we can give it a good shot,” said the Classics captain Bidmeade.

Royal South Yarras’ Luke Saville got his team off to a winning start, downing Jasika 2-4 4-0 4-2 before Kooyong’s Statham hit back with a victory over Jarryd Maher (4-2 4-2). Whittington and Polmans made sure the side were ahead before the doubles match ups, but Saville/Adam Hubble were too good for Jones/Bidmeade 3-4 4-0 5-3. In the last match up of the day, Polmans/Byrnes sealed the victory for Kooyong with a 4-0 4-3 win over Jeremy Beale/Aaron Leeder-Chard.

“It was obviously a short, sharp season but we played them (Royal South Yarras) twice during the season, we lost the first time and then we won the second time so it was a tough match today but we did really well.

“We have a pretty big squad but a lot of us have played together at Kooyong for years, having come through as juniors so we know each other really well and that’s probably one of the keys to our success,” added Bidmeade.

The team had a last minute line-up change with Polmans subbing in for an injured Grills.

“You always need depth in a squad, our number four player Jacob Grills tweaked his groin yesterday and Marc Polmans came in and played today and he won so to have that depth always helps,” said Bidmeade.

Gavrilova started the day with a 4-2 4-2 win over Zoe Hives (MCC), with Patterson and Sanders following suit also winning their rubbers. In the doubles, Patterson/Gavrilova were too strong for Hives/Long winning the contest 4-0 2-4 (5-0), with a Jovanovic/Wlodarczak sealing grand final victory 4-2 3-4 (5-2). The Stars’ only win came from Eliza Long who finished 4-2 4-0 on top of Wlodarczak.