The highest seeds in action on Thursday at the Asia-Pacific Wildcard Play-off advanced comfortably in Shenzhen and took a step closer to an Australian Open wildcard. 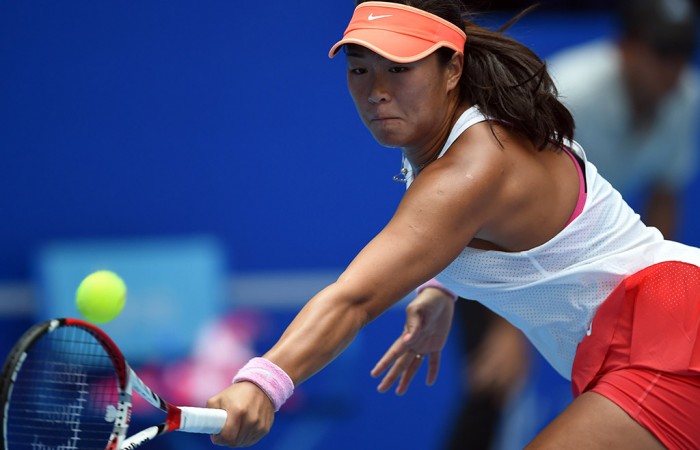 The world No.117 quickly swiped the first four games before 18-year-old Chinese opponent Wu Hao held serve for the first time. Wu then saved three set points in the seventh game, but Nishioka hit a brilliant passing shot to win the first set.

It was more competitive in the second set; after the Japanese player earned the crucial break for a 5-3 lead, Wu broke back immediately with a running backhand pass. A lucky net point in the 10th game gave Nishioka his second match point, and when Wu hit backhand long and lost the match, Nishioka had sealed a 6-1 6-4 victory.

“For every tournament the first round is very tough, in the first set my opponent didn’t make a lot of first serves, which gave me many chances to break,” Nishioka said.

“He played much better in the second set, especially the ground strokes were really heavy and flat, so I changed the tactics to give him a lot of short balls, which caused him make some easy mistakes. I’m really happy getting through the first round.

“I want to win this tournament. Last week I won a ATP challenger, so I’m feeling great right now. But my next round opponent beat Di Wu, so I have to be very careful with tomorrow’s match.”

Women’s No.2 seed Han Xinyun faced fellow Chinese Gao Xinyu and was pushed in a tight opening set before running away with the match.

Gao was last year’s girls’ singles champion and received a wildcard to play the Australian Open 2015 juniors and battled hard; Han was forced to play fivedeuces and save three break points to level the score to 3-3.

Yet Gao then made several unforced errors to give away the crucial 11th game and Han capitalised, serving out the first set and quickly completing a 7-5 6-0 win.

“It’s my first time to play my opponent, so I need some time to get used to her play style, then I played much better with my forehand and made less errors, I’m really happy that I won,” Han said.

“I’m more experienced as a player and more matured as a person than almost six years ago when I played my first Grand Slam main draw match in the Australian Open. I want to give myself another try at this stage of my career.”