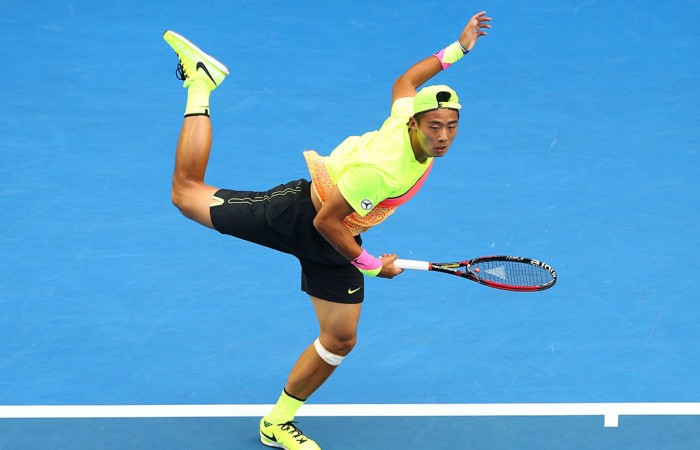 Chinese No.1 and second seed Zhang Ze has powered into the quarterfinals of the Australian Open Asia-Pacific Wildcard Play-off (AWP) in Shenzhen, China.

Zhang earned a early break to gain a 4-1 lead, then closed out the first set with a love game. He played even better in the second set, dropping just three points on serve.

Another two service breaks helped him seal victory in 37 minutes.

“After the Chinese Grand Prix in last week, I feel like I’m playing better and better, I really hope that I can win the event and play another main draw match in the Australian Open,” Zhang said.

Wu arrived at the Play-off having won the Chinese Grand Prix singles title yet appeared tired and out of sorts on Wednesday in Shenzhen.

After losing the first set, Wu was broken again in the first game of the second set and fell behind 0-3. He managed to level scores at 4-4, but unforced proved his undoing.

Sun then finished the match with a unreturnable serve.

“I don’t want to make any excuse about the loss, my opponent played much better than me today,” Wu said. “But I’m still looking forward to playing qualifying at Melbourne Park next year if I can make it.”

In the women’s event, No.1 seed Wang Yafan was dominant in dropping only two games to beat Japanese qualifier Akari Inoue.

Wang broke her opponent twice to build a 4-1 lead and closed out the set with an ace before storming through the second set to win 6-2 6-0 in 47 minutes.

“My goal is to win the event. I really want to earn the wildcard to play my first Grand Slam main draw match,” Wang said.

“The Play-off provides a great opportunity for me to fulfil this dream.”