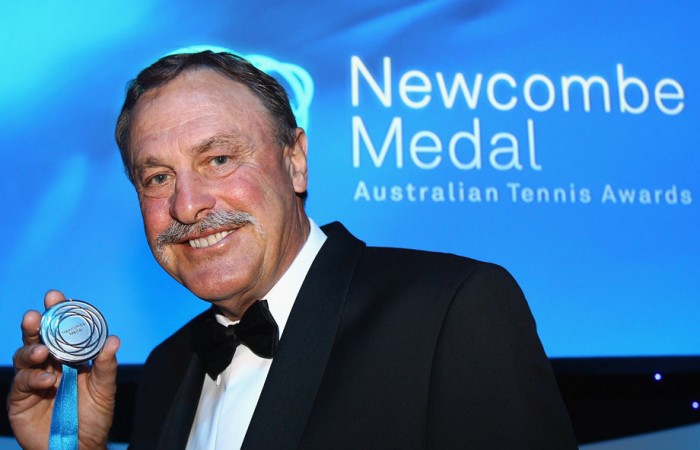 The highest honour in Australian tennis will be presented to the most outstanding elite tennis player and ambassador for the sport at a special awards ceremony to be held in Melbourne on Monday 23 November.

“It is not just about honouring Australia’s most outstanding tennis player, the awards are about recognising and celebrating the exceptional accomplishments and contributions of tennis communities, coaches, clubs and schools around the country,” he said.

The 2015 finalists were honoured to learn of their nomination for the sport’s top gong.

Alcott said: “It’s unbelievable. I think I’m the first athlete with a disability to ever be nominated for the Newks, which is absolutely incredible. To be recognised purely as an elite athlete and to be among the other nominees and those who have won in the past, it’s humbling. I can’t believe it, it’s awesome.”

Dellacqua said: “I’m excited to be nominated for the Newcombe Medal again. There have been some great results by all Australian players this year, and it’s an honour to be nominated.”

Groth said: “To be nominated for the Newcombe Medal really caps off what I feel was a real breakthrough year for me. I was really happy with the way 2015 went and although I stopped my season a little early due to injury, being nominated is a great way to close my best season yet. It was a great year for a lot of Aussie players so for now I’ll keep my fingers crossed and look forward toNovember 23.”

Kokkinakis said: “I’m pretty excited… It’s obviously an honour to be nominated for the big medal. I won the junior medal last year so it’s obviously a good transition I’ve made. I’m in good company so it should be a great night.”

Stosur said: “It’s nice to be nominated again. Obviously I’ve been nominated five times now and have won it a couple of times. I guess to be back in that position is a good feeling, to still be up there in Australian tennis.”

The sixth edition of the Newcombe Medal, Australian Tennis Awards will take place at Crown Palladium in Melbourne.

Junior Athlete of the Year – Female

Junior Athlete of the Year – Male

Tennis Senior of the Year

Most Outstanding Club presented by Medibank