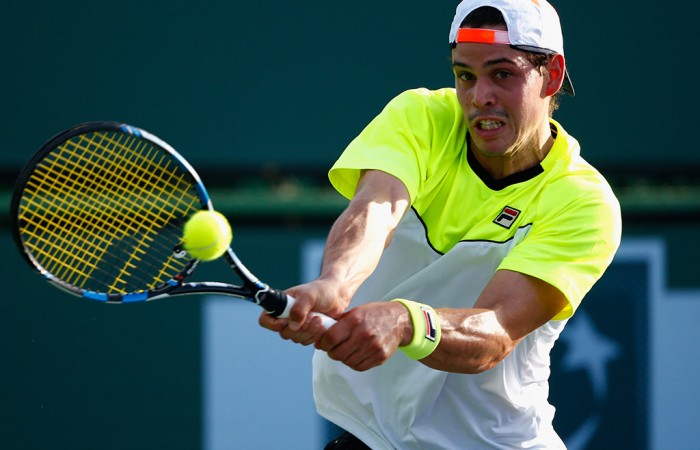 The South Australian top seed faces qualifier David Barclay in the opening round and is potentially on a semifinal collision course with Alice Springs champion Robin Stanek from Czech Republic or fourth seed Jacob Grills.

Second seed Li Zhe of China has been in fine touch over the past two weeks and looks certain to once again go deep in the draw. His main threat appears to be Kiwi Finn Tearney, the recent Cairns titlist, whom he may meet in the semifinals.

Eighth seed Bradley Mousley could stand in Li’s way in a quarterfinal while sixth-seeded Japanese youngster Akira Santillan could find himself with the opportunity to upset the New Zealander Tearney at a similar stage.

West Australian Jessica Moore leads the Aussie contingent in the women’s draw, but as the seventh seed, a slew of international players come into the tournament ranked ahead of her.

Moore finds herself playing Aussie compatriot Sally Peers in the opening round, ahead of a potential quarterfinal against Japan’s Eri Hozumi, the top seed.

Hozumi faces a tricky first round match against in-form Brit Katy Dunne. Should she be successful, a date with teenage wildcard Maddison Inglis or qualifier Naiktha Bains awaits.

Unseeded Hungarian, Dalma Galfi – who has won consecutive Pro Tour titles since her arrival in Australia – lurks dangerously in the top half of the draw, along with in-form Queensland teen Kimberly Birrell.

They sit in the bottom half of the draw with wildcard Tammi Patterson, who has managed to upset the respective top seeds (Moore and Hozumi) in both Tweed Heads and Cairns recently.