Six Aussies will take to the courts in main draw action this week as the tours continue their late-season swing through Asia. 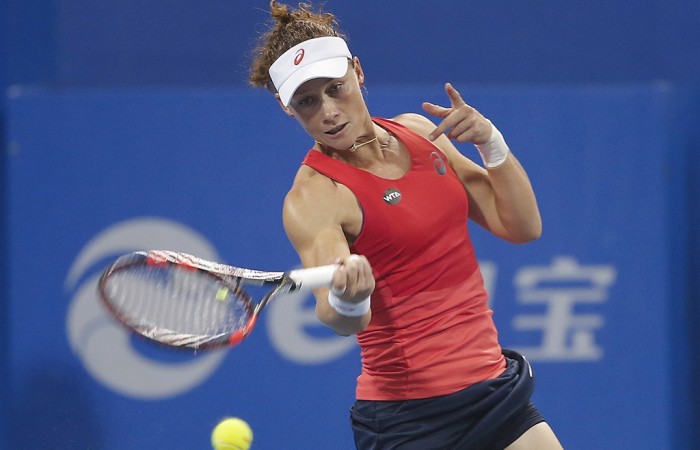 Australia’s top two men, Bernard Tomic and Nick Kyrgios, are in action this week in China as the ATP World Tour makes one of its most prestigious stops at the Shanghai Rolex Masters.

And both have commenced their campaigns on the best possible note with straight-sets victories in the first round.

The road gets significantly tougher for the duo from here, however – Tomic lines up against seventh seed David Ferrer in round two, while Kyrgios has set up a second-round meeting with Kei Nishikori, the No.6 seed.

Meanwhile, four Aussie women are in action this week at the Prudential Hong Kong Tennis Open.

Sam Stosur, seeded fifth, and Daria Gavrilova (sixth) lead the charge and are joined in the main draw by Jarmila Gajdosova and Anastasia Rodionova.

Stosur opens against Japan’s Risa Ozaki while Gavrilova finds herself up against qualifier Miyu Kato, also of Japan.